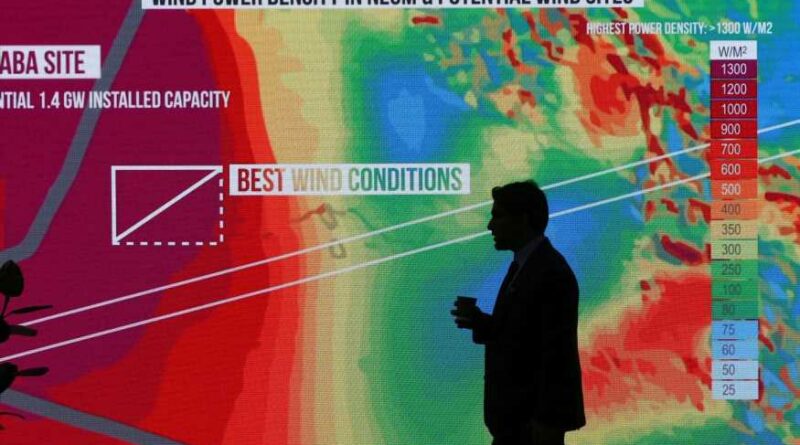 Inflationary pressures arising from efforts by governments and businesses to adhere to net-zero initiatives will extend far beyond energy prices, according to Seema Shah, chief strategist at Principal Global Investors.

The risks of "greenflation" — increases to energy prices and consumer costs triggered by global efforts to transition to green energy — have been well-documented.

However, in a new research note alongside the COP26 climate conference and seen by CNBC, Shah argued that "the rapidly changing way that companies across all sectors factor environmental considerations into their business models – and the rising costs of doing so – are potentially still being underappreciated by some investors."

She highlighted four disparate factors that will contribute to upward pressure on the cost of doing more environmentally-friendly business, dubbed environmental inflation or "en-flation."

The European Union's Emissions Trading System requires manufacturers, power companies and airlines to pay for each ton of carbon dioxide they emit. However, the bloc grants free carbon permits to some industries to enable them to compete with major international companies that are not subject to carbon "taxes."

These will be phased out for major emitting industries from 2026, while the EU will also cut the number of permits granted to other sectors. EU-listed steel manufacturers could lose 60% of their profits if forced to pay to offset the emissions currently allowed under EU ETS, according to asset manager Lazard.

What's more, recent research from University College London earlier this year estimated up to a 10-fold increase in carbon offsetting costs by 2030, as demand increases exponentially while surplus supply diminishes.

Secondly, Shah said it was reasonable to expect that penalties will become tougher for companies failing to meet U.N. climate targets.

"The MSCI Net Zero Tracker, which analyses the collective progress of listed companies towards climate goals, recently found these firms are on track to cause a global temperature rise of 3°C (well above the 1.5°C temperature increase agreed in Paris in 2015) and that many are still failing to disclose crucial information on emissions," Shah highlighted.

Royal Dutch Shell in May became the first company to be legally ordered to align its policies with the Paris Agreement after The Hague District Court ruled that the oil major must reduce its carbon emissions by 45% by 2030.

"With the environmental commitments of governments themselves under increased scrutiny to hit the Paris goals, it is likely not long before policymakers and regulators look to implement harsher punishments," Shah said.

A third source of upward pressure is talent, with all sectors joining the hunt for employees with "green" skillsets, but Shah noted that this will also take a toll on companies' bottom lines.

She pointed to a recent modeling from British employment think tank Onward, which found that new jobs created to advance net-zero ambitions on average command a salary 18% higher than the national average in the U.K.

The U.K. recorded 1.1 million job vacancies in the three months to August, a 40-year high, while unemployment fell to 4.5%, indicating a significantly tightening labor market, while the government has pledged 440,000 well-paid green jobs by 2030.

Two under-the-radar stock picks from the infrastructure bill, according to Goldman

These electric-vehicle charging stocks are surging on the infrastructure bill

Companies will need to fill these in order to meet national targets, and to employ skilled workers to ensure high quality data and reporting on sustainability.

"Lastly, it stands to reason that, as business models adapt to become greener, investment in technology and R&D spend will increase across the board," Shah said.

"Constant innovation will be required and the cost of doing business in a climate conscious world will rise."

How can investors capitalize?

Shah recommended that investors back blue-chip economic franchises in order to weather the "en-flationary" environment, companies that can "flex their prices rather than wear the increased costs themselves."

"Companies with deep moats have greater pricing power and can exercise this to protect profit margins without risking losing market share to rivals."

Modern bond proxies like the FAANGs (Facebook, Amazon, Apple, Netflix, Google) are also tipped to perform well due to their relative stability, while traditional bond proxies like utilities may struggle due to energy price rises.

Geographically, Shah backs the U.S. over Europe due to its superior ability to weather the inflationary shock from higher energy costs.

"The U.S. is energy self-sufficient, and consumers have significant excess savings to absorb higher prices," she said.

"By contrast, as a large net importer of energy, Europe is more exposed. Yet another factor that will likely lead to U.S. equity outperformance over Europe in the coming months."