Home » ‘It gave us hope’: Biden tells transgender youth he’s on their side. Advocates say that’s huge for the community. 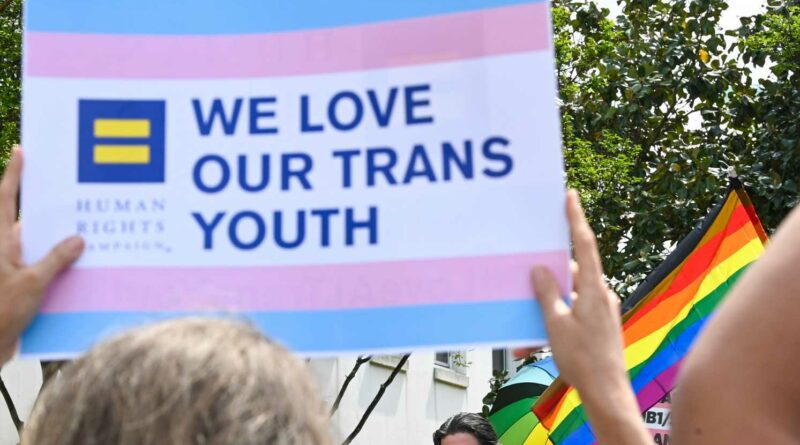 Harleigh Walker never expected the president of the United States to speak directly to her community.

The 14-year-old from Alabama said she felt recognized when President Joe Biden called young transgender people “brave” as he urged Congress on Wednesday to pass the Equality Act during his first address to a joint session of Congress.

“Especially with recent anti-trans legislation,” Harleigh said. “For the president to recognize us in that way, and tell us he was on our side, was so great. It was empowering. It gave us hope.”

Her father said he felt relief when he heard Biden. “To see that at a federal level, my daughter has that support, was so heartening,” Jeff Walker said.

“I just hope it trickles down and affects lawmakers on a state level,” he said. “This is just the beginning of the road.”

Advocates say Biden’s acknowledgement of trans people is a big step forward for visibility and acceptance.

“To all the transgender Americans watching at home, especially the young people who are so brave, I want you to know that your president has your back,” Biden said Wednesday.

In his address, Biden said he hopes Congress will pass the Equality Act “to protect the rights of LGBTQ Americans.”

The landmark legislation would expand federal civil rights to prohibit discrimination on the basis of sex, sexual orientation and gender identity, protections many Americans believe had already been enshrined into law, lawmakers say.

“The Equality Act would secure those basic core values of equal treatment into law,” she told USA TODAY.

“I hope that transgender people, and especially trans kids, see and hear that they are welcome and they belong just as they are,” Sonoma said.

The Equality Act is the next step in making “significant progress in building a more inclusive world,” said Karen Graci, of chapter president of the LGBTQ advocacy nonprofit PFLAG in Charlotte, North Carolina.

Biden’s remarks may help the country reach that step more quickly, she said.

Biden has fallen short of his pledge to sign the Equality Act into law in his first 100 days of office, which would be Thursday. The House passed the bill in February, but it faces an uncertain future in the Senate, which is split 50-50 between Republican and Democratic members with Vice President Kamala Harris in a tiebreaking role.

The House passed a similar version of the bill in 2019, but it died in the then-Republican-controlled Senate.

Biden’s comments come at a time when states consider legislation preventing transgender Americans from accessing gender-affirming health care or participating in sports under their gender identities.

His address also follows a violent year for many trans Americans with at least 44 known transgender people killed in the U.S. in 2020, according to the Human Rights Campaign, which has tracked this data since 2013.

Just four months into 2021, there have been at least 17 transgender people killed. Both numbers are expected to be undercounts as “too often these stories go unreported or misreported,” according to the Human Rights Campaign.

The HRC noted that LGBTQ people continue to face violence as well as discrimination in health care, housing and education.

“It’s been a very hard year for trans people, especially for trans children and their parents,” Mara Keisling, executive director of the National Center for Transgender Equality, told USA TODAY.

“State legislators are attacking and bullying trans kids for political purposes. It’s shameful, disgusting and unconscionable, and it has a psychological impact on these children,” she continued. “But you know what helps trump that? The president telling them he has their back.”

“Equality and justice are not partisan goals – they are the bedrock on which our country was founded,” said HRC President Alphonso David in a statement.

“We are also moved by his vocal support of our trans kids, whose rights and very lives have been under assault with hundreds of dangerous and damaging bills,” said Brian K. Bond, PFLAG National executive director, in a statement.

One of Biden’s earliest acts supporting the transgender community was lifting President Donald Trump’s ban on transgender troops. On his first day in office, he signed an executive order implementing a Supreme Court ruling that declared anti-LGBTQ job discrimination to be illegal as a form of sex discrimination.

First lady Jill Biden also invited Stella Keating, a 16-year-old transgender teen who testified against anti-trans bills before the U.S. Senate, as a virtual guest to the address Wednesday.

On Transgender Day of Visibility in March, Biden in a statement acknowledged “the generations of struggle, activism, and courage that have brought our country closer to full equality for transgender and gender non-binary people in the United States and around the world.”

Keisling, of the National Center for Transgender Equality, said she appreciates Biden listening to trans people.

“I spent the last eight years saying President Obama was the best president for trans people and that no one is even in second place,” she said. “And I have to say that President Biden is off to a faster start.”

But while the Equality Act is important, it’s far from the final step, she said. Next, she wants to see  a “comprehensive plan to end violence against Black trans women.”

“There has been a long history of violence against Black trans women in this country,” Keisling said. “These women deserve better protection.”

For resources for transgender people, visit GLAAD has compiled a list here.

With Holiday Shopping Season Under Way, the ‘Conscious Shopper’ Emerges 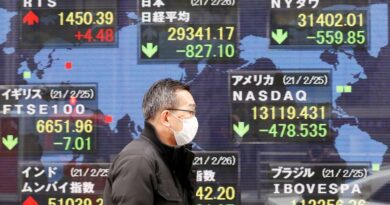