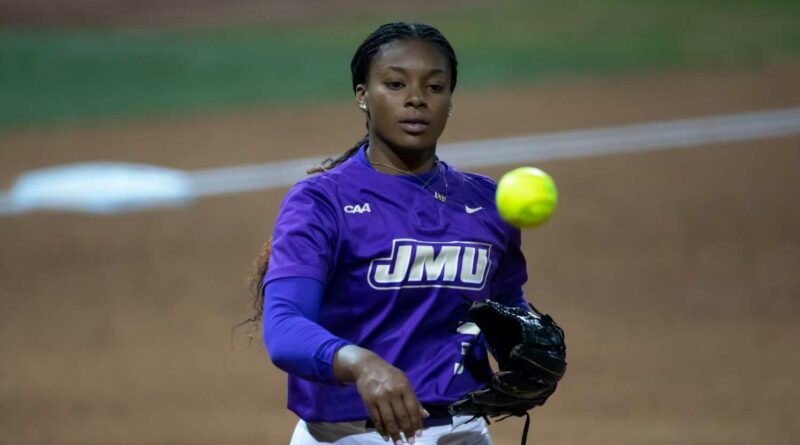 But Thursday, as the top-seeded Sooners opened the Women’s College World Series against unseeded James Madison at USA Softball Hall of Fame Stadium, a real honest-to-goodness pitcher’s duel broke out.

JMU’s Odicci Alexander kept the Sooners off balance for seven innings, except for one quick burst in the third.

Shannon Saile did the same for Oklahoma, until James Madison’s Kate Gordon drove Saile’s full-count delivery over the left-center field wall with one out in the eighth, lifting the Dukes to a stunning 4-3 upset win in the WCWS opener.

The Sooners (50-3) now face an elimination game at 11 a.m. Saturday against the loser of Thursday’s second game between Oklahoma State and Georgia.

JMU JUST TOOK THE EXTRA-INNINGS LEAD OVER NO. 1 OKLAHOMA WITH THIS HOMER 👀 #WCWSpic.twitter.com/ye31GbUL6r

The Cowgirls and the Bulldogs were the only teams to beat the Soonersthis season before James Madison’s stunner.

After both teams scored a trio of runs in the third — on a pair of three-run home runs — Alexander and Saile settled into a groove with neither team threatening much.

Gordon hadn’t had any success in her first three at-bats off Saile, fouling out the first time before striking out her next two trips to the plate.