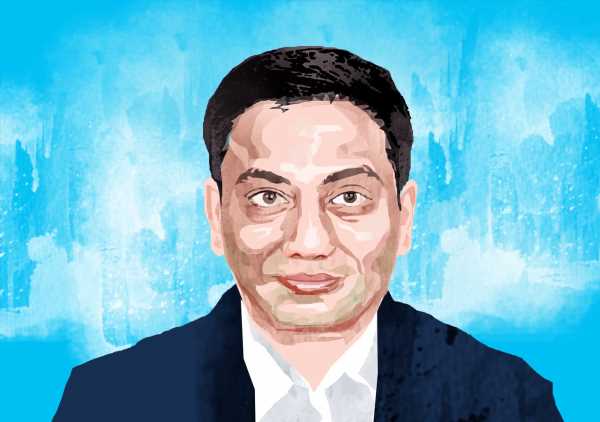 At BSE, Ramamurthy’s vital stint at NSE will come in handy as the country’s oldest bourse will look to develop some cracks in NSE’s dominance. Sundararaman Ramamurthy has been an interesting choice for the publicly-listed BSE, which has seen its chief move to bigger rival — the National Stock Exchange (NSE) — in July.

Having spent nearly two decades at the country’s largest bourse, Ramamurthy is among the early architects of NSE and understands all the cogs of the exchange wheel like only a few others in the country.

Just like NSE’s core team, which includes its founder RH Patil, the 59-year-old Ramamurthy has worked at the Industrial Development Bank of India (IDBI) before moving to NSE in 1995.

He left NSE in 2014 to join Bank of America (BofA), where he is currently serving as the chief operating officer (COO).

At BofA, he has worked on a wide gamut of functions which includes implementing complex technological solutions, maintaining compliance standards and stakeholder management.

However, at BSE, Ramamurthy’s vital stint at NSE will come in handy as the country’s oldest bourse will look to develop some cracks in NSE’s dominance.

For the uninitiated, NSE has a near monopoly in the futures and options (F&O) segment and has less than 10 per cent market share in the equity cash segment.

The exchange arena is seen as a winner-takes-it-all business and it is not easy to snatch market share from a dominant player.

However, BSE has shown some spark lately.

In October, its share in the cash turnover improved to 8.4 per cent from 6.8 per cent a year ago.

“Sundararaman is an industry expert and has spent several years working closely with regulators to develop the Indian capital markets.

“He was one of the early architects of NSE and played a big role in developing broker relationships which was very crucial for educating the participants while implementing newer products like futures and options,” writes Kaku Nakhate, president & country head, BofA on Ramamurthy’s LinkedIn page.

People who have worked with Ramamurthy say he would be the perfect fit for BSE.

“He can work on complex projects and can lift the exchange with fresh ideas around tackling competition and launching new products.

At NSE, he was instrumental in launching successful indices such as the India VIX index and the Bank Nifty.

“He is a hard task master, ruthless and always expects people around him to up their game,” said a person who has worked with him at NSE.

While shifting large-scale volumes away from the NSE will be challenging, industry observers believe there are a lot of new areas where it can take a lead.

“BSE maintained its dominant market share in areas such as mutual funds (MF) and small and medium enterprises (SMEs) exchanges.

“Given Ramamurthy’s experience and intellect, he can definitely give a run for the money to NSE,” said another former colleague of his.

The top-level changes at both the exchanges come at a time when the Securities and Exchange Board of India is looking to beef up the governance framework at market infrastructure institutions (MIIs).

Earlier this month, an expert group set up by (Sebi), suggested creating three distinct verticals to avoid conflict of interest.