Laura Linney will return to Broadway this spring in a new play by Pulitzer Prize winner David Auburn (Proof). The Manhattan Theatre Club production of Summer, 1976 will reteam the writer with his Proof director Daniel Sullivan.

Summer, 1976 will begin previews on Tuesday, April 4, 2023 at the Samuel J. Friedman Theatre. The production was initially intended for an Off Broadway run, but MTC artistic director Lynne Meadow and exec producer Barry Grove announced today that the play will be staged at MTC’s Broadway venue instead.

Additional casting, the opening night date and creative team for Summer, 1976 will be announced soon.

MTC describes Summer, 1976 as a “deeply moving, insightful piece is about connection, memories, and the small moments that can change the course of our lives. Over one fateful summer, an unlikely friendship develops between Diana, a fiercely iconoclastic artist and single mom, and Alice, a free-spirited yet naive young housewife. As the Bicentennial is celebrated across the country, these two young women in Ohio navigate motherhood, ambition, and intimacy, and help each other discover their own independence.”

Sullivan and Linney have worked together on Broadway several times, including 2017’s The Little Foxes. In addition to Proof, Sullivan directed Auburn’s 2012 play The Columnist.

Summer, 1976 was commissioned by MTC through the Bank of America New Play Program. 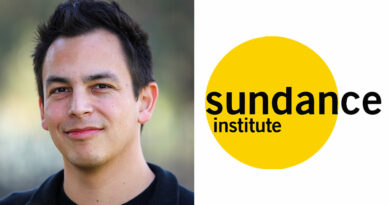 E-cigarette Maker Juul Stops Advertising In US, CEO Steps Down