Home » Like scoring Elvis tickets: Biden has vowed vaccine eligibility for all as of April 19. Can you snag a spot when the floodgates open? 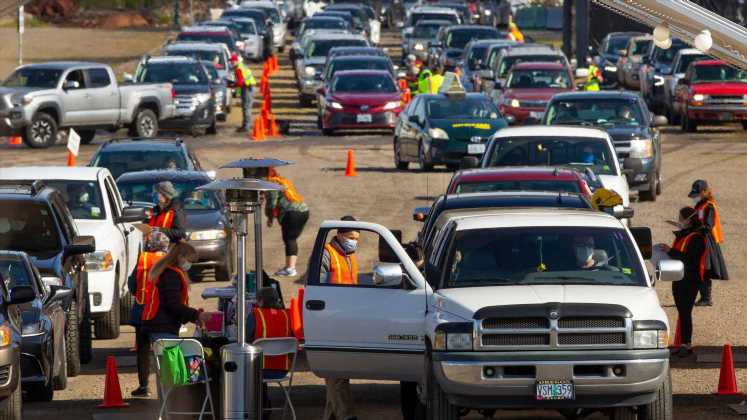 SAN FRANCISCO – Harry Toy has a health condition that made him eligible to receive a COVID-19 vaccine before others his age, but he couldn’t land an appointment no matter what he tried. Getting on his computer at 6 a.m. and checking California’s My Turn web page or the CVS.com site proved fruitless.

So Toy, 62, sought the help of his sister, who had already been vaccinated thanks to her husband’s magic touch at the keyboard, and he found an appointment for Toy just as California was opening eligibility for all people 50 and older last week.

“It’s really difficult. It’s just knowing to stay on the site, and just keep checking,’’ Elizabeth Angeles said as she and the newly inoculated Toy walked out of a mass vaccination center in San Francisco on Thursday. “And you have to be fast, because sometimes you enter all your information, and by the time you think you’re done, the appointment is gone. My husband got mad at me because he said my e-mail address was too long.’’

Even those with fast fingers and short e-mail addresses figure to encounter abundant frustration securing vaccination appointments when the eligibility floodgates open for most Americans later this month.

President Joe Biden on Tuesday bumped up expectations by saying all adults will be eligible for a vaccine by April 19, after previously announcing 90% would qualify by that date and all by May 1.

“No more confusing rules, no more confusing restrictions,” Biden said. “Many states have already opened up to all of those, but beginning April 19th … every adult in this country is eligible to get to the line to get a COVID vaccination.’’

Eligibility and availability are not one and the same, as Biden seemed to imply by emphasizing the words “get to the line.” With millions more able to pursue those elusive shots, the picture of a free-for-all April 19 emerges, prompting one expert to compare the likely scenario to trying to score Elvis Presley tickets.

At the same time, he and others in the medical field say growing supply will meet demand in a few weeks, and it will just take some time and patience for all who want a vaccine dose to get it.

“Expanding to open eligibility will lead to that initial rush of eligible individuals who have been champing at the bit to get the vaccines, navigating the system, signing on the minute they’re eligible,’’ said Jason L. Schwartz, assistant professor of health policy at Yale University and a member of the Connecticut vaccine advisory committee

“But the good thing is we’re now moving to such a significant vaccine-supply situation that that period is going to be very short-lived. Very quickly, really in a matter of weeks after each state moves to open eligibility, we’re going to shift to a very different phase in the vaccine rollout where we will have plenty of doses available.’’

Cars full of people wanting a COVID-19 vaccine line up in the parking lot of Autzen Stadium on March 27. (Photo: Chris Pietsch/The Register-Guard)

Schwartz is among the public health specialists who consider Biden’s goal not only doable but “very attainable,’’ pointing out the remarkable progress his administration has made in getting vaccines out to the public.

Andy Slavitt, senior adviser of the White House COVID-19 response team, said Monday that the U.S. averaged 3.1 million administered doses a day last week for the first time, and set a single-day record with 4.1 million Saturday. According to the Centers for Disease Control and Prevention, 32% of Americans have received at least one vaccine shot and nearly 19% are fully vaccinated.

Biden has pledged 200 million doses administered in his first 100 days in office – twice the number he initially promised – and enough availability for all who qualify (most children don’t) by the end of May as his administration strives to get the country closer to normalcy by the July 4th holiday.

Dr. Robert Wachter, professor and chair of the Department of Medicine at the University of California-San Francisco, gives the U.S. vaccination effort a B+ grade, up significantly from an F in the first five weeks under the Trump administration. He noted the percentage of distributed vaccines now finding their way into people’s arms has risen from about 30% – which he called “scandalous’’ – to right around 80%.

“For a big country, we’re a little bit behind England but ahead of everybody else,’’ Wachter said. “I think you have to look at how we’re doing and say, ‘That’s pretty good.’’’

According to the Our World in Data website, the U.S. rate of 50 vaccine doses administered per 100 people trails only Britain’s 54.5 among large countries.

With the combined vaccine output from Pfizer, Moderna and Johnson & Johnson expected to increase to about 4 million doses a day, Wachter and other experts believe vaccine supply will outstrip demand in the U.S. by May, at which point the focus will shift to reaching those who are hesitant to get it.

Debbie Nelson, a Denver-area resident, celebrated getting the first dose of her COVID-19 vaccine by showing her vaccination card at Krispy Kreme to receive a free donut. (Photo: Debbie Nelson)

But in comparing the expected mad dash for vaccine appointments April 19 to a past generation scrambling for tickets to an Elvis show, Wachter acknowledged there are still inefficiencies in the vaccination program. When April 19 arrives, he predicts some people will try to game the system and get doses earmarked for those in disadvantaged communities, and others will drive to far-flung locales in search of a shot.

Eric Mowat, who works in downtown San Francisco, said on the day California opened vaccines for those 50 and older that it felt “miraculous’’ to get an appointment, considering he knows people who have made the 180-mile round-trip to Modesto for their first shot. Weeks later, they would have to do it again.

Prashant Yadav, a senior fellow at the Center for Global Development whose work focuses on improving health care supply chains, said the U.S. has largely overcome two of the biggest challenges it faced in implementing the COVID-19 vaccination program – having enough supply and vaccinators.

However, the lack of an integrated, uniform system for informing the public when and where to get the vaccines remains a major obstacle, he said. Every state has its own approach: Appointments are available through state and county websites, health care provider networks, hospitals, retail pharmacies, supermarket chains and beyond. The CDC also has a vaccine finder.

“The bigger challenge still is how to manage the deluge of potential (vaccine recipients) who will become eligible on April 19 with a patchwork of appointment scheduling systems across states counties, and vaccination providers – systems which don’t necessarily talk to each other,’’ Yadav said.

Yadav expects a fair amount of resentment from members of the public who log on April 19 expecting a wealth of available appointments, only to find a few or none. The aggravation could be even more pronounced among those at the tail end of the priority list – such as transit workers, mail carriers, restaurant employees – if their vaccination backlog is not cleared up before that date.

Vaccine supply is expected to grow significantly in the coming weeks, up to 4 million doses a day combined from the three makers authorized in the U.S. (Photo: Getty Images)

Depending on each state’s decision, they may have to join the unvaccinated masses in seeking their shots, although Yadav believes they should still be given priority.

On a per-capita basis, states such as New Hampshire, New Mexico, Connecticut and Maine have excelled at getting their populations inoculated, each giving at least one shot to 39% or more of their residents, according to a New York Times graphic. Alabama, Mississippi, Georgia and Tennessee, at the other end, all lag below 28%.

Biden’s promised expansion of the retail pharmacy program from 17,000 to 40,000 participants should help accelerate the inoculation effort and meet his goal of having a vaccination site within 5 miles of where 90% of the country’s residents live. On Monday, Slavitt said the government has opened 25 mass vaccination sites that can administer 95,000 shots a day, and four more such sites are to come.

Kelly Moore, an adjunct associate professor of health policy at Vanderbilt University and deputy director of the Immunization Action Coalition, said the increased vaccine supply and the lessons learned from more than three months of administering them make this the right time to drop priority restrictions.

“It’s going to be far more efficient to deliver vaccine doses once immunizers can vaccinate anyone who comes along without screening for priority group,’’ she said. “Prioritization was always meant to be limited to a brief time when vaccine supplies were scarce. While these efforts can help get early vaccine doses to those who need it most, it also slows down the process of vaccinating the population. Now that supply is not scarce, we need to open up and vaccinate at full throttle everywhere.’’ 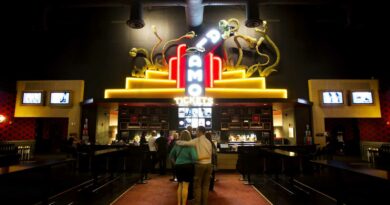