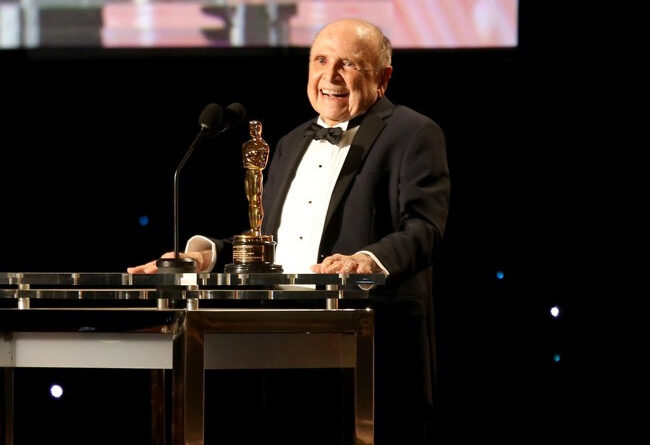 Lynn Stalmaster, who was the first casting director to receive an Academy Award, died today at home in Los Angeles. He was 93 and his death was confirmed by Laura Adler of the Casting Society of America.

Stalmaster had a legendary vision for casting. He is credited with moving Dustin Hoffman into The Graduate, Christopher Reeve as Superman, and tabbing the young John Travolta for TV comedy classic Welcome Back, Kotter, among many others.

Stalmaster also had another notable achievement: on Norman Jewison’s 1968 film The Thomas Crown Affair Stalmaster became the first casting director to receive a single-card credit in the titles.

“Never compromise,” he said at the Governors Awards. “No matter what the size of a role, even if it’s just a reaction.”

Stalmaster wasn’t only good at spotting actors. For the 1972 film Deliverance, he held a casting call at a Georgia elementary school. There he discovered Billy Redden, who is best remembered as the young banjo player. Ned Beatty was also chosen for the film, his first major film role.

Stalmaster was born on Nov. 17, 1927, in Omaha, Nebraska. His family later moved to Los Angeles and he attended Beverly Hills High School and UCLA, where he earned a master’s in theater arts. Early in his career, he was an actor in such films as The Steel Helmet (1951), written and directed by Samuel Fuller, and Flying Leathernecks (1951), starring John Wayne.

The savvy Stalmaster hedged his betes, though, working as a producer’s assistant and seguing to cast their shows after their original casting director retired. He became an independent a few years later and never looked back.

Stalmaster’s family is preparing an announcement on his passing. We will update with details on survivors and a memorial when that is issued.

Johnny Nash Dies: ‘I Can See Clearly Now’ Singer-Songwriter Was 80

How to gain from fall in rupee