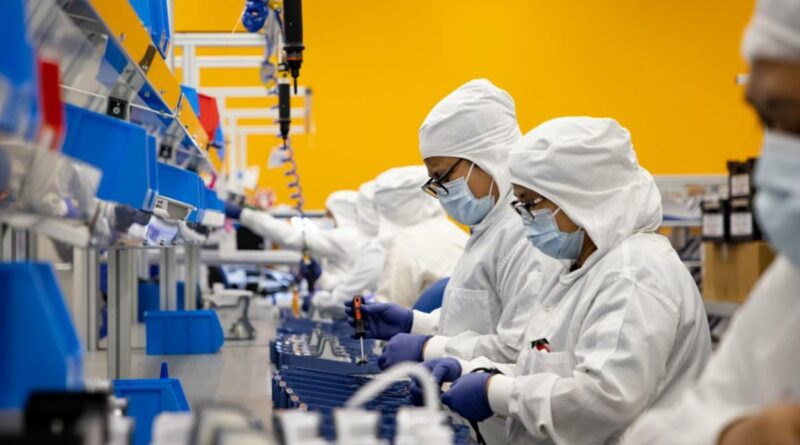 The New Zealand sharemarket started the week with some of the Monday blues as it drifted for most of the day – but jeweller Michael Hill International brought some sparkle by continuing a good run.

Jeremy Sullivan, investment adviser with Hamilton Hindin Greene, said the market had priced in interest rate rises as early as next month, and it was also looking forward to the latest earnings season.

“We may see some stocks move around before the reporting in August – that’s when you get the major shocks under the continuous disclosure requirements,” he said.

There was nothing uncertain about Michael Hill International which operates more than 230 stores in New Zealand, Australia and Canada. Michael Hill increased 4c or 4.3 per cent to 97c and has risen more than 11 per cent in two days after announcing strong fourth-quarter sales.

Contact Energy fell 18c or 2.16 per cent to $8.17 after reporting a slight decrease in sales for June. Mass market electricity and gas sales were 422GWh compared with 447GWh in the same month last year, and net return was $96.23 per MWh, down from $101.03. South Island hydro storage reached 96 per cent of average at July 13.

Property companies Vital Healthcare increased 2c to $3.25; Argosy was up 1.5c to $1.635 – these two stocks are being tipped to enter the FTSE EPRA Global Real Estate Index in September. Investore gained 2c to $2.03; and Precinct Properties was down 2.5c to $1.67.

The farmers have spoken and Fonterra is considering some changes to the capital re-structure including setting the minimum shareholding at 33 per cent of milk supply, or 1 share per 3kg of milk solids, instead of 25 per cent or 1 share per 4kg. Share and contract milkers would also hold shares if the co-op moved permanently to a farmer-only market. The Fonterra Shareholders’ Fund was down 1c to $3.73.

Sullivan said the minimum shareholding meant farmers could free up capital to put back into the farm and it will be a welcome bit of liquidity for them.