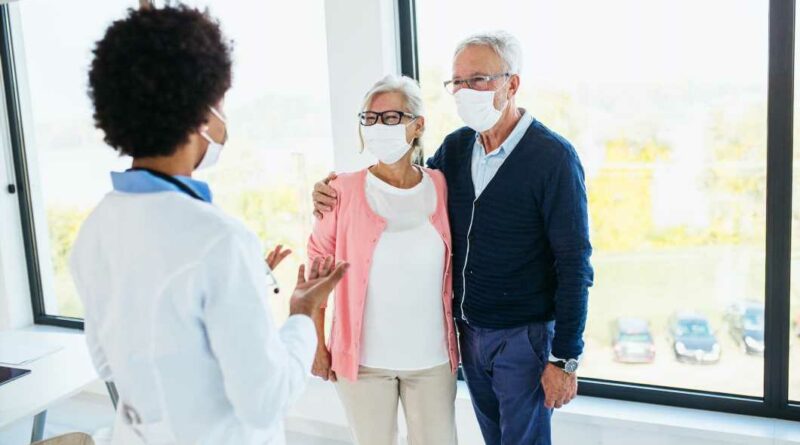 Sure, there are probably more entertaining things to do than review your Medicare coverage.

Nevertheless, it's about that time of year. Open enrollment, which starts Oct. 15 and runs through Dec. 7, is when you can make changes that take effect Jan. 1. While you aren't required to do anything — your 2021 coverage generally would continue into 2022 — it's worth at least checking to see if your current plan remains your best option, experts say.

"Providers may opt in or out of a network plan, or the cost of a prescription drug may be higher or lower, or may no longer be covered," said Elizabeth Gavino, founder of Lewin & Gavino and an independent broker and general agent for Medicare plans.

More from Personal Finance:
Here’s how many people pay the estate tax
How to get tax-free income in retirement
These tips can help rein in impulse spending

In simple terms, this annual fall open enrollment period is for adding or changing coverage related to an Advantage Plan (Medicare Part C) and/or prescription drugs (Part D). You can switch, add or drop those parts of your coverage.

However, a majority of beneficiaries don't even compare plans, said Juliette Cubanski, deputy director for the Kaiser Family Foundation's program on Medicare policy.

"That's of concern, knowing what we know about changes being made from one year to the next," Cubanski said. "Even if you're happy with your plan, it's worth taking a little time to see if you find a plan with better value or coverage for your needs."

Also, be aware that although congressional lawmakers are debating whether to add dental, vision and hearing coverage to original Medicare, there is no certainty the provisions will make it through the full legislative process. And if you have an Advantage Plan, you may already have some coverage for those benefits.

Here's what to know about open enrollment.

Who should pay attention

Roughly 63.3 million people get their health coverage through Medicare. The majority of them — 55.1 million — are age 65 or older, while the remainder are individuals with permanent disabilities.

Fall enrollment is different from your initial enrollment window, which starts three months before the month of your 65th birthday and ends three months after it. That's when you generally must sign up for Part A (inpatient care) and Part B (outpatient care) unless you meet an exception such as having acceptable coverage elsewhere. You also can sign up for an Advantage Plan or a Part D prescription drug plan (both of which are offered by private insurers) during your initial enrollment period.

Nevertheless, fall open enrollment touches most beneficiaries in one way or another due to the coverage they select. For instance, 26.7 million choose to get their Parts A and B benefits delivered through Advantage Plans, which are likely to include Part D.

The remainder stick with original Medicare (Parts A and B) and often pair it with a standalone Part D plan. Some also get a Medicare supplemental plan (a.k.a Medigap), which is offered by private insurers.

Altogether, 48.5 million beneficiaries have prescription drug coverage through either an Advantage Plan or a standalone Part D plan.

Every year, usually by Sept. 30, your Advantage Plan or prescription drug plan should send you a packet explaining changes for the upcoming year.

Part B monthly premiums — as well as other various cost details — for 2022 have not been finalized yet. However, the standard Part B premium is anticipated to rise to $158.50 from $148.50 this year, according to the latest Medicare trustees report.

Be aware that some Part D plans are folding, Roberts said.

"If you're enrolled in a drug plan that's being discontinued, it's likely that your insurance company will [move you] to one of their other drug plans for next year," Roberts said.

In some cases, the other plan may have a significantly higher premium, she said.

"You don't want to find this out in January when it's too late to change your standalone Part D drug plan," Roberts said.

Same goes for discovering too late that your medication is not covered or comes with a much bigger out-of-pocket cost.

However, if you pick an Advantage Plan during fall enrollment and realize afterward that it's not a good fit, you can make a change to your coverage between Jan. 1 and March 31. You would be able to switch to either another Advantage Plan or to original Medicare and a stand-alone prescription plan.

What to watch for in Advantage Plans

While insurers offering Advantage Plans are federally regulated, the specifics can vary greatly from plan to plan, county to county and year to year. Some may offer extras such as dental, vision or hearing or come with no premium (although you would still pay your Part B premium).

It's important not to just focus on that monthly amount, said Cubanski, of the Kaiser foundation.

"People may want to pay attention to what a plan charges for hospitalization or skilled nursing facilities," she said. "Even if you don't think you'd need to be hospitalized, it's worth figuring out how much you'd pay out of pocket if something happens."

There are out-of-pocket limits with Advantage Plans, unlike original Medicare, so you know what your worst-case scenario would be. Those limits, however, can be different among plans, as can deductibles and other cost-sharing.

Additionally, make sure your preferred doctors, hospitals or other providers are still participating in the plan's network. And assuming the plan has prescription drug coverage (most do), ensure any prescriptions you take are still covered.

If your Advantage Plan isn't working for you and you want to drop it altogether instead of switching to another, you can do that.

You would simply be left with original Medicare (Parts A and B) and would need to get a standalone Part D prescription drug plan if you want that coverage. (If you don't, and later change your mind, you could face a financial penalty for going without it.)

Additionally, although beneficiaries in that situation may want to purchase a Medigap policy, there are rules that apply to enrolling in one. Generally, unless you live in a state whose rules differ or you meet an exception, you get a six-month window when you first enroll in Part B to purchase Medigap without having to answer health questions and be penalized for pre-existing conditions.

If underwriting will occur, it's wise to apply for the Medigap policy early in this fall enrollment window and to hang on to your Advantage Plan until you know you can get the supplemental coverage, Roberts said.