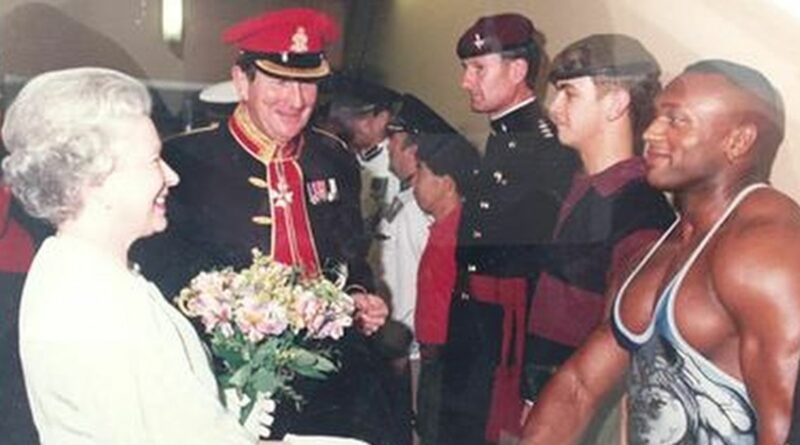 Gladiators star Mark 'Rhino' Smith shot to fame in the Nineties game show, which saw him compete alongside other fierce contenders and gain thousands of fans across the globe.

The muscleman has brushed paths with big household names and has formed a number of star-studded friendships since the launch of his TV career.

But he says his most memorable moment was when he came face to face with the Queen who asked him a funny question at a Royal Tournament in 1997.

"I curtsied and she said, 'hello, how long have you been working on your muscles?'," he told The Mirror.

Besides the Queen, Rhino's famous admirers include the likes of Johnny Depp, Bond director Barbara Broccoli and Idris Elba.

Speaking about how he met Idris, he said: "I first met Idris in Dingwalls in Camden. He came up to me and said, 'Hello, nice to meet you Rhino, man'. I said, 'Nice to meet you too, bruv'.

"As we talked he told me he was thinking of going to America to try his hand at acting there. I told him he should definitely do that."

The pair, who are now firm friends, were finally reunited in the 2010 film No Good Deed about a family who was terrorised by a psychopath in their home.

And the mutual support continued when Idris signed his pal up to feature in his 2018 directorial debut crime drama Yardie.

"Idris really took me under his wing when I moved out there. He was a great help," he said.

Following on from Yardie, the pair both appeared in the billion-dollar Netflix animation movie Zootropolis which was produced by Walt Disney in 2016.

Now, they are set to feature in their latest film The Harder They Fall, which sees the pair on the same side in a cowboy gangs revenge movie, featuring an all-black cast.

Since moving to Hollywood, Mark plays tennis and rides motorbikes with Scottish actor Gerard Butler and is also friendly with Jonny Depp since meeting the fellow father at his children's school.

"We were on the set of Pirates and Johnny goes, 'hey Rhino, how are you, man? Good to see you'. Everyone around Johnny was like 'who is this guy?'."

The Hollywood star finds it funny that he isn't recognised instantly despite his huge career.

He said that Leonardo DiCaprio walked up to him in a club in West Hollywood and reportedly thought he was an American footballer.

Mark is still in contact with some of his Gladiator co-stars including Hunter and Jet and says he is forever thankful for the opportunity that the show gave him. 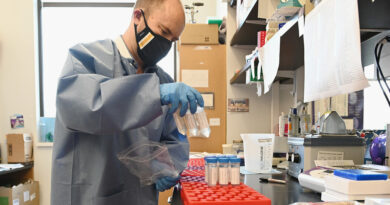 Testing sewage offers useful data on the spread of Covid-19.