Home » Business » Mick Jagger Has Covid, Is Experiencing Symptoms As Rolling Stones Postpone At Least One Show On European Tour 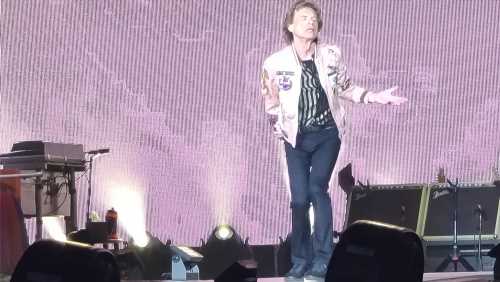 Mick Jagger has Covid, according to a statement posted to the Rolling Stones’ social media accounts today. The 78-year-old rock legend tested positive upon arriving for a show in Amsterdam and is experiencing symptoms.

As a result, tonight’s show in the city was canceled, per the social media posts.

The Stones kicked off their European tour this month to celebrate the band’s 60th anniversary. The next show isn’t until Friday in Bern, Switzerland, so the postponement will give Jagger 4-5 days to recover. If that show, too, is postponed, the tour would resume in Milan, Italy, on the 21st, giving him about 8 days to recuperate.

The singer’s health also prompted show postponements in 2019 when he reportedly had a heart valve replaced.

Here is the band’s full statement:

The Rolling Stones have been forced to call off tonight’s concert in Amsterdam at the Johan Cruijff Arena, following Mick Jagger testing positive after experiencing symptoms of COVID upon arrival at the stadium.

The Rolling Stones are deeply sorry for tonight’s postponement, but the safety of the audience, fellow musicians and the touring crew has to take priority.

Some LSE investors call on Hong Kong exchange to up bid by 20%, add cash

Mark Zuckerberg Tried to Charm Congress. He Got Slammed.