The emotions ran the gamut when news broke Tuesday that former Minneapolis police officer Derek Chauvin was found guilty on all three counts in the murder last May of George Floyd.

But perhaps most of all, people of color across the United States felt that, for a moment, they mattered.

“This means everything, this is long, long overdue,” said Selena McKnight, 46, of Minneapolis, who after hearing the verdict threw her arms around her 18-year-old daughter as a crowd cheered. “But this doesn’t stop here. We have to keep going.”

In New York’s Times Square, Floyd’s brother Terrence told the USA TODAY Network that “given the history of these kinds of cases, I was surprised” by the verdict, which could find Chauvin in prison for up to 40 years for having knelt on Floyd’s neck until he died. “I know there’s still more work to be done.”

“I’d experienced racism as a child, but it’s very different when you get older,” she said. “It’s saddening, it can be depressing. You see growth, but then sometimes it doesn’t seem like it’s enough. So it’s bittersweet. But this is more on the sweet side, than anything.”

At a Columbus, Ohio, barbershop, Emoni Hudson, 24, took a photograph of the TV after the guilty verdict was revealed. She said she was “very happy” about the verdict but warned a battle for equality still loomed.

“As Black people, we’re still angry,” said Hudson, who is pregnant and plans to name her daughter Faith. “It’s a battle of humanity. We just want equality, not revenge.”

Since then calls for change have only become more strident given the growing list of people of color killed while interacting with law enforcement. They include Rayshard Brooks, killed last June in Atlanta, and in recent days Daunte Wright, 20, shot in Brooklyn Center, Minnesota, and Adam Toledo, 13, shot by a Chicago police officer while raising his hands at the officer’s request.

Over the past years, many such incidents have resulted in settlements or no charges brought against the officers involved, further inflaming tensions in communities of color and cementing a feeling that justice – even in the case where a video of an incident was available – would be hard to come by despite the world having watched the nearly 10-minute video of Floyd dying under Chauvin’s knee.

That skepticism has 30-year-old roots in the case of Rodney King, a Los Angeles man beaten by officers before being hauled off to jail. The event was captured on video by a plumber who lived nearby, bringing to life a reality many people of color say is commonplace when dealing with police. But when the King trial was moved from Los Angeles to a white suburb, the jury declined to convict the officers involved. South Los Angeles erupted in violence.

Similar concerns surfaced in the days leading up to the Chauvin verdict, as police and National Guard troops were mobilized in a variety of cities to quell any resulting protests.

But Chauvin’s guilt changed the tenor of the moment for many activists and civil rights leaders, who urged those fighting for social justice not to lose the momentum created by the trial.

The verdict “showed that everything that we fought for last year, all the marches, the protests, the rallies, arguments amongst each other, all the indifferences, all the seats at the table, all the voices mattered,” said Traci Fant of Greenville, South Carolina, where she is organizer of Freedom Fighters Upstate SC.

“Hopefully, this right here is really going to start some true reforms, some true conversations about police brutality, and police justice and show them that Black lives truly matter,” Fant said. “It’s a great day in history. Let the healing begin.”

Philonise Floyd, Attorney Ben Crump and the Rev, Al Sharpton, from left, react after a guilty verdict was announced at the trial of former Minneapolis police Officer Derek Chauvin for the 2020 death of George Floyd, Tuesday, April 20, 2021, in Minneapolis, Minn. Former Minneapolis police Officer Derek Chauvin has been convicted of murder and manslaughter in the death of Floyd. (Photo: Julio Cortez, AP)

Shortly after the verdict, Rev. Al Sharpton, who joined Floyd family members, took a sober tone. “We don’t find pleasure in this. We don’t celebrate a man going to jail. We would rather George be alive,” he said.

But civil rights attorney Ben Crump, who has represented a number of Black families in wrongful death lawsuits, felt the verdict had the potential to be a pivotal moment in the “legacy” of the nation, which continues to struggle with a 400-year-old history of slavery.

“America, let’s frame this moment as a moment where we finally are getting close to living up to our Declaration of Independence, that we hold these truths to be self-evident,” he said. “We frame this moment for all of us, not just for George Floyd.”

Meredith J. Duncan, assistant dean of diversity, inclusion and metropolitan programs at the University of Houston Law Center, said the verdict is historic because of the message it sends about prosecuting police officers for unlawful use of force.

Many civil rights advocates and Democratic lawmakers are pushing the Senate to pass the new George Floyd Justice in Policing Act. Measures would include eliminating the immunity from prosecution that has protected many officers involved in shootings of civilians as well as mandating training and establishing a national database of police misdeeds.

Police advocates argue that the job of law enforcement has never been more dangerous given the number of weapons in American homes; the United States has 120 firearms per 100 residents, double that of any nation on earth. They also express concern that if the job of policing is no longer seen as appealing, recruitment of new officers will decline and require departments to hire applicants who do not meet their criteria.

The Police Officers Federation of Minneapolis issued a statement after the verdict saying there were “no winners” in the case, adding a request for “the political pandering to stop and the race baiting of elected officials to stop. In addition, we need to stop the divisive comments and we all need to do better to create a Minneapolis we all love.”

But others begged to differ about the neutrality of the verdict.

“Justice won,” said the Rev. Charles Williams II, the pastor of Historic King Solomon Baptist Church of Detroit and the head of the Michigan chapter of the National Action Network, led by Rev. Al Sharpton. “We are relieved that Derek Chauvin will have to pay for his crime against a human.”

Williams added: “We must ask ourselves the question: How long must we continue to watch these cases of police brutality on our social media feeds? The justice system worked this time.”

Brian Hilliard, 48, of Washington, D.C., was alone in his car when he heard the verdict. He said he just yelled, ‘Yes!’’

“It’s about time,’’ Hilliard said later as he walked through a neighborhood. “We don’t ever get justice.’’

He rattled off the names of Trayvon Martin, Breonna Taylor and other lives lost at the hands of police who did not suffer the consequences of their actions.

“There are so many others so justice hasn’t been served,’’ he said. “I’m still not satisfied. We got one. But how much more of this do we have to endure?” 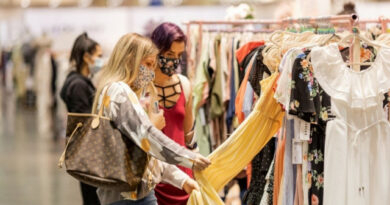 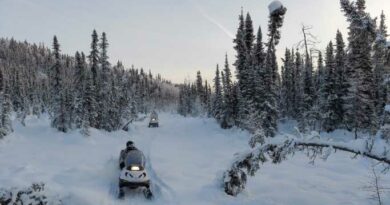 The Coldest Places In America Today