Stocks remain mostly negative in mid-day trading on Thursday after moving to the downside early in the session. The tech-heavy Nasdaq is leading the way lower once again after plunging by 2 percent on Wednesday.

In an interview on National Public Radio’s “Morning Edition,” Powell noted accelerated coronavirus vaccine distribution combined with support from Congress will enable the U.S. to reopen the economy sooner than might have been expected.

Powell also said the Fed plans to gradually roll back its asset purchases as the economy makes substantial progress towards the Fed’s goals of maximum employment and price stability.

While Powell stressed the pullback in support will only come when the “economy has all but fully recovered,” the comments still seem to have spooked investors.

The Fed’s ultra-easy monetary policy helped prop up the markets throughout the coronavirus pandemic, with the major averages soaring to record highs despite the turmoil in the economy.

Potentially adding to the concerns about monetary policy, the Labor Department released a report showing initial jobless claims fell to their lowest level since the early days of the pandemic.

Economists had expected jobless claims to decline to 730,000 from the 770,000 originally reported for the previous week.

With the much bigger than expected decrease, jobless claims dropped to their lowest level since hitting 282,000 in the week ended March 14, 2020.

A separate report from the Commerce Department showed economic activity in the U.S. unexpectedly grew faster than previously estimated in the fourth quarter of 2020.

The report showed real gross domestic product surged up by 4.3 percent in the fourth quarter compared to the previously reported 4.1 percent jump. Economists had expected the pace of GDP growth to be unrevised.

Energy stocks have climbed well off their worst levels of the session but continue to see considerable weakness in mid-day trading.

The weakness among energy stocks comes amid a sharp pullback by the price of crude oil, with crude for May delivery plunging $3.30 to $57.88 a barrel after soaring $3.42 to $61.18 a barrel in the previous session.

Significant weakness has also emerged among gold stocks, as reflected by the 1.7 percent drop by the NYSE Arca Gold Bugs Index. A modest decrease by the price of gold is contributing to the weakness in the sector.

Software and semiconductor stocks have also come under pressure, contributing to the steep drop by the tech-heavy Nasdaq.

On the other hand, airline stocks have shown a strong move to the upside over the course of the session, driving the NYSE Arca Airline Index up by 1.8 percent.

In overseas trading, stock markets across the Asia-Pacific region turned in a mixed performance during trading on Thursday. Japan’s Nikkei 225 Index jumped by 1.1 percent, while China’s Shanghai Composite Index slipped by 0.1 percent.

Meanwhile, the major European markets have all moved to the downside on the day. While the U.K.’s FTSE 100 Index has slumped by 0.9 percent, the French CAC 40 Index and the German DAX Index are down by 0.3 percent and 0.2 percent, respectively.

In the bond market, treasuries are little changed after moving modestly higher earlier in the session. As a result, the yield on the benchmark ten-year note, which moves opposite of its price, is up by less than a basis point at 1.616 percent. 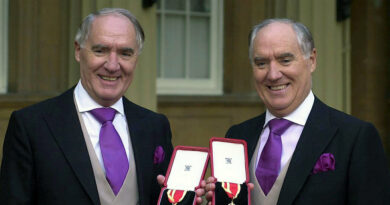