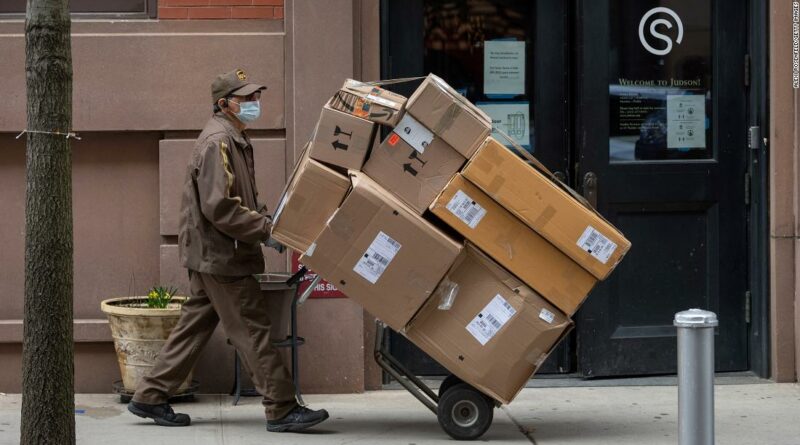 New York (CNN Business)As the pandemic took hold in America last March, personal trainer Ross Pennise shut down the studio he had run for 20 years. He figured it would be for a relatively short period of time.

“I never thought it would last,” said the 52-year old Bloomfield, NJ, resident. “I figured I’d weather it. But my clientele was an older clientele, and there were safety concerns. I couldn’t even meet with them away from the studio.”
By June he was shutting down the business for good and looking for a new job.

He found one loading hundreds of boxes a day into truck trailers for UPS (UPS) It was grueling work even for someone who was in as good a shape as Pennise, partly because there was so much work to do.

“When I got there in June, they said they were already doing their peak season numbers then. It never let up,” he said.

Pennise is an example of the shift, some of it permanent, that has taken place in the labor market in the year since the pandemic started. Some jobs that were lost are gone for good. Some new jobs are unlikely to go away, even when the pandemic ends.
Economists expect Friday’s labor report will show US employers added 647,000 jobs in March. Unemployment is forecast to fall to 6%, an improvement from the 6.2% rate reported for February. Even if job gains hit that estimate, it will leave the overall economy with about 8.8 million fewer jobs than in February 2020 when Covid-19 started reshaping the US economy. 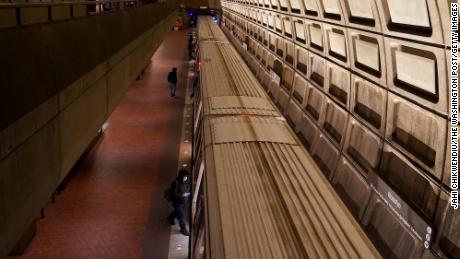 But a number of sectors have already come back to their pre-pandemic employment levels. And many of those sectors will keep those gains even when the pandemic is in the rearview mirror.
Here are some of the other sectors where jobs are already back to pre-pandemic levels:

The business of delivering goods to people — very often goods bought online — has boomed in the last year. What the Labor Department calls “couriers and messengers” also includes giant delivery companies such as UPS and FedEx.
Jobs in the sector grew 17% between February 2020 and February 2021 — a net gain of nearly 150,000 jobs, giving it the biggest percentage gain of any industry.
UPS alone added 45,000 US jobs during the course of 2020, growing US employment by 11%. FedEx (FDX) doesn’t break-out US employment but its worldwide employment grew 95,000, or 20%. Even the US Postal Service, despite cost-cutting efforts last year, added 4,000 jobs, or a 2% gain, over the 12 months ending in February.

The pandemic has been a disaster for traditional brick-and-mortar stores — the sector lost 363,000 jobs overall in the 12 months ending in February. Department stores, which had widespread bankruptcies, lost 41,000 jobs. But within that sector, winners emerged.
No retail sector gained more jobs than general merchandise stores — a category that includes warehouse clubs and supercenters but excludes department stores. There there was a net gain of 145,000 jobs, or 7% in that sector.
Walmart (WMT), the nation’s largest private sector employer with 1.6 million US employees, added 100,000 US jobs over the past year, a 7% gain, while Target added 41,000 jobs, or 11% growth. Costco employment grew by 19,000, or 8%.
Grocery and beverage stores overall also added 22,000 jobs, or 3% growth. Closed or limited-capacity restaurants meant people were eating at home more, buying food at either a traditional grocer or one of the supercenters.

Overall, the construction sector is down 31,000 jobs. But that’s because of the slump in commercial construction. Meanwhile home building and renovation has been going strong, fed by people relocating during the pandemic, low mortgage rates and a tight supply of housing inventory.
Residential construction added 21,000, or 2% growth. And building materials and garden retailers, which helped feed that building was another rare bright spot in retailing, adding 132,000 jobs to grow 10%. Home Depot added 89,000 jobs worldwide, a 21% increase, while Lowe’s added another 20,000, to grow employment 6%.

What the Labor Department classifies as “nonstore retailers” added 15,000 jobs since February of 2020. But that doesn’t tell the whole story of growth in that sector. Many of the jobs at those companies fall into different categories, some in various technology classification. Distribution center employees count under the warehousing and storage category, which grew by 89,000 jobs, or 7%.
Amazon (AMZN) itself reported that it added 500,000 jobs in 2020, a 60% increase in its headcount, although that was a worldwide number.

Record-low interest rates and strong housing market meant a busy year for mortgage brokers and lenders. That sector of finance grew by 21,000 jobs, or a 7% gain, during the 12 months ending in February.

The Labor Department breaks out scientific research and development efforts, which added 32,000 jobs compared to February 2020, likely helped by the efforts of the nation pharmaceutical companies to develop vaccines to battle Covid-19, as well as other efforts to battle the pandemic. That amounted to a 4% increase in jobs over the past year.
Source: Read Full Article