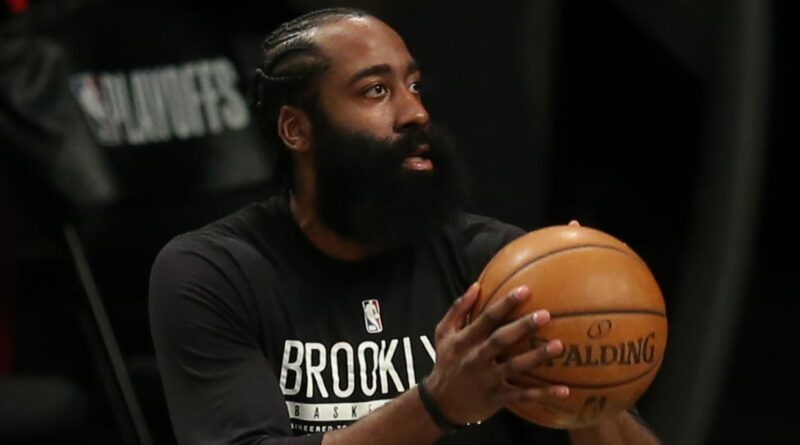 Brooklyn Nets star James Harden left Game 1 against the Milwaukee Bucks on Saturday with a right hamstring concern and was ruled out for the remainder of the game.

Harden played just the first 43 seconds of the first quarter before heading to the locker room. The Nets did not offer more details on his hamstring.

The TNT broadcast reported during the second quarter that Harden left Barclays Center to get an MRI on his hamstring.

Harden missed 21 of Brooklyn’s 24 final regular-season games as he recovered from a strained hamstring and was fantastic in the first-round series against Boston, averaging 27.8 points, 10.6 assists and 7.2 rebounds while shooting 55.6% from the field and 47.5% on 3-pointers.

James Harden is heading to the locker room with an apparent hamstring injury pic.twitter.com/r8hmUGHF05

"Re: Harden: He was going to be at an increased risk for recurrence for the remainder of the season, especially since he already aggravated the injury site during his initial rehab," certified athletic trainer Jeff Stotts tweeted. "Data shows the average time lost increases with each subsequent strain."

Harden’s presence is key to Brooklyn’s championship aspirations. Harden, Kevin Durant and Kyrie Irving played just eight games together in the regular season, but despite that lack of chemistry, they were impressive against Boston.