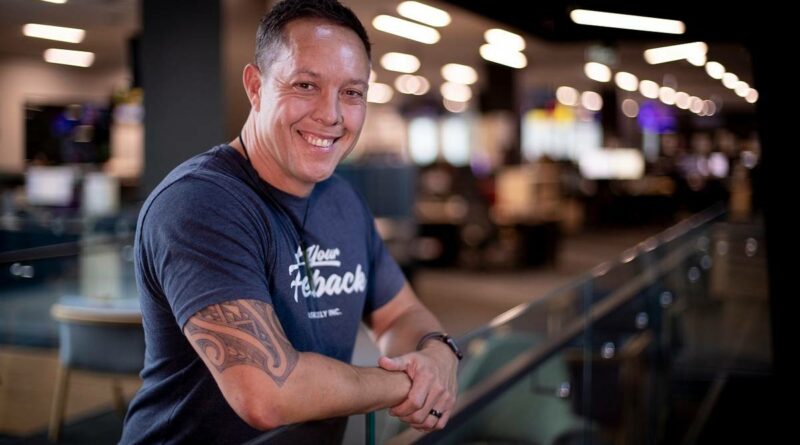 AskNicely cofounder and chief executive Aaron Ward wants to recreate that buzz you felt in kindergarten, when you were rewarded for good behaviour.

“We still remember exactly what it felt like to receive a gold star as a child,” he says.

“I think that’s because that feeling never goes away. What we know is that people are best motivated by positive feedback – and that’s what we’re looking to bake into our mobile platform for frontline staff.

“They are the largest class of worker on the planet, yet they’re under-served by software, they’re underpaid and under-appreciated. So we’ve just released the world’s first mobile coaching platform that fits in your pocket.”

Its latest product comes at a time of high growth for the Auckland company that makes software for measuring customer satisfaction – and now, real-time coaching and acknowledgment of good behaviour (and yes, the bad too, or at least “areas for improvement”).

AskNicely, which has previously raised US$15 million, is now planning for a Series B round of US$25m to US$30m ($33m-$40m) for the third quarter of the year.

“The VC [venture capital] community have noticed what we’re doing and the uniqueness of the product that we’ve built, and the size of the market opportunity. So we’re having a lot of conversations at the moment,” Ward says.

“So we’re going to swing the bat hard.”

His company has about 50 staff, split between offices in Auckland and Portland, Oregon (it has also just opened a satellite office in Amsterdam). It’s no coincidence that setup mirrors tech star PushPay, which has operations across Auckland and Seattle.

Ward tells the Herald he’s seen PushPay as a model to follow, with its development at home and sales in the US approach – which is why his company immediately focused on the North American market.

The admiration goes both ways, with Pushpay founders offering mentorship, and some of them – including Chris Heaslip, Bruce Gordon and Peter Huljich – investing in AskNicely, too. The company is now registered in Portland, and their stakes are not disclosed. A number of ex-Pushpay staff also work for AskNicely.

“We definitely look up to them as a role model based on the way that they approach the business, but also the ambition; the swagger and audacity that you put into it,” Ward says.

There is no false modesty from Ward. He thinks his company has the chops to emulate Pushpay’s and Xero’s global success. He wants AskNicely to own customer satisfaction in the same way Salesforce dominates customer relationship management.

Two blokes and a shed

Their first office was a garden shed behind an old railway cottage in central Auckland. It was on a lean, but did have an outhouse – handy for Ballinger, who, in the early days, lived in the shed as well.

“For the first 18 months of the company, we sat together in this shed sharing one table sitting across from each other, looking lonely into each other’s eyes, as I spoke to customers, and he built the software platform that we took out to market.”

The pair became early movers into the (then) emerging field of customer satisfaction software.

When the Herald first check in on AskNicely in 2015, Ward and Ballinger were still posing in their shed.

“We raised an embarrassingly small amount of money when we first went to the market, and ran out in four months,” Ward says.

But things brightened over the next couple of years, and Sir Stephen Tindall’s K1W1 and Australia’s Blackbird Ventures (best known for its early backing of Canva) put money into the company.

Things had brightened considerably when the Herald next checked in, in 2019. A US$10m Series A round had just been closed, lead by US-India venture capital company Nexus, with Tindall and Blackbird also tipping in more funds.

What was the appeal back then?

“Typically, there are three growth engines for business, but most people only talk about two: marketing to generate leads, and sales to turn those leads into customers. But it’s not enough, just a win a customer. You want that customer to come back for more, and recommend you to other people. This is how we grow.”

Instant surveys are now, of course, ubiquitous, You finish an Uber ride, and you award your driver a mark out of five stars (and they rate you). You buy liquor, and an instant survey on the eftpos pad asks you to rate the shop’s selection.

Concurrently, we’ve seen the rise of Net Promotor Score (NPS) as a metric – corporate-speak for how likely your customers are to recommend you to others in the word-of-mouth stakes. AskNicely, along with other its peers, has released various tools for tracking NPS.

The pandemic offered some rare time and space for reflection.

Early last year, as it became apparent lockdowns were looming, the now 49-year-old AskNicely boss, who traces his roots to Thames iwi Ngāti Maru decided to relocate home from Portland.

“When you’ve been away for three years, you realised you’ve become a bit disconnected,” he says.

“So I’ve been reconnecting with my iwi through Māori cultural competence training – so I can take that back to the US and start sharing tikanga (Māori values and ways of doing things) with the office. It turns out that the Kiwi heritage of AskNicely is something that even out US and Dutch teams are really quite proud of – and there is an eagerness and an appetite from them to include bits of Māori culture in the business. So I’m excited about that. As we pursue lives outside of the country, and take businesses outside of New Zealand, if we don’t take the culture with us, it’s going to die.

At the same time, Ward says he was fielding calls from some of his company’s 1000 or so business customer,many of whom were saying: “We’re looking to use the pandemic to rethink and redesign our business around first principles.”

So, during lockdowns, Ward also did some deep thinking about human psychology and how AskNicely’s software could be evolved to better gel with it – which is where we came in with his star-chart analogy, and his company’s new focus on real-time feedback and coaching.

“Essentially, what we’re looking to do is help businesses coach and motivate their frontline employees on a daily basis,” he says.

“And to do this, we really thought deeply around the science and psychology of what it takes to drive behaviour change. Software companies typically like to sidestep issues of human behaviour. This is far tougher than then hacking software, you’re here, essentially, here, we’re hacking the human brain.”

Which is where we came in, with that return to the “humans are at their best when they’re motivated by feedback”, Ward says. “Ask Nicely is an adult version of the ubiquitous ‘star chart’, but it takes feedback one step further, evolving it beyond just numbers or indicators.”

“At a single glance, every worker can see their own customer experience score, ranking, shoutouts and – importantly – receive the coaching they need in areas to improve, all on their phone.”

AskNicely makes it possible to appreciate your employees, daily, without having face-to-face interactions, Ward says.

Today, the vast majority of AskNicely staff are still working remotely. “We’re looking forward to being able to return to our offices. But it’s quite clear that we’re going to operate a hybrid style where people are going to have the flexibility to work in both,” Ward says.

His company is all about feedback, and the feedback from its own staff, particularly in the US, is that they miss in-person collaboration.

Ward won’t share details of the privately-held financials but says its new real-time coaching product will drive a quadrupling of revenue for the feedback part of AskNicely’s business.

“When you’re operating at a 4x growth rate, right, that’s the thing that really catches the VCs’ attention.” 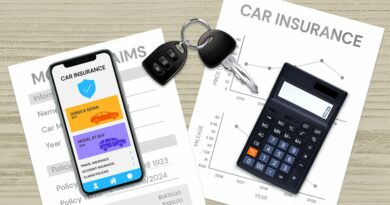 Get the latest news, data, highlights, and analysis from the Business Insider Intelligence research team – FREE