Home » Business » 'No way around hydrogen' says RWE CEO, as firm lays out plans to invest billions in renewables 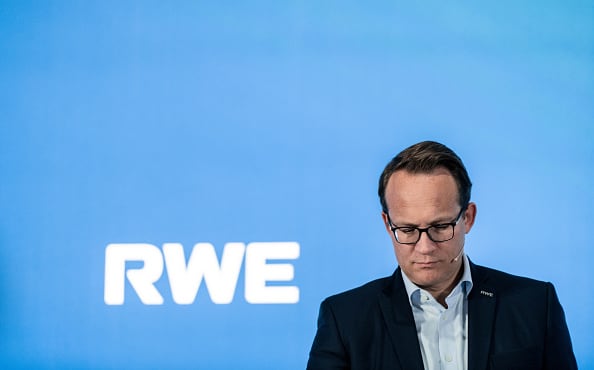 Hydrogen has a key role to play in the years ahead, especially in industrial applications, according to the CEO of German power company RWE.

"When you look long term, there is no way around hydrogen," Markus Krebber, who was speaking to CNBC's Annette Weisbach, said.

In an interview broadcast Tuesday morning, Krebber claimed this was because hydrogen was "the only technology … we currently know which is able to decarbonize those industries which cannot electrify like steel, but also some parts of the chemical industry."

Described by the International Energy Agency as a "versatile energy carrier," hydrogen has a diverse range of applications and can be deployed in a number of sectors.

It can be produced in a number of ways. One method includes using electrolysis, with an electric current splitting water into oxygen and hydrogen.

If the electricity used in this process comes from a renewable source such as wind or solar then some call it green or renewable hydrogen.

While there is excitement about the potential of green hydrogen in some quarters, it remains expensive to produce. Currently, the vast majority of hydrogen generation is based on fossil fuels.

Krebber told CNBC that it would take time to build a hydrogen economy and that his company wanted to — and would — play an active role. "But we need to be fast, because I think wherever green hydrogen is available it is a very competitive edge for the location."

Krebber's comments came as RWE laid out plans for the next decade that will be backed by a gross investment of 50 billion euros ($56.73 billion) in its core business between 2021 and 2030.

In an announcement Monday, the firm said this would mean "an average of 5 billion euro gross each year for offshore and onshore wind, solar, batteries, flexible generation and hydrogen."

Two under-the-radar stock picks from the infrastructure bill, according to Goldman

"Our growth plan is fully funded," Krebber told CNBC. "We can finance it with our strong operating cashflow and then partly we do farm downs, so we sell stakes in our projects or partner with others."

In 2030, the company is targeting "green" installed net capacity of 50 gigawatts and wants adjusted earnings before interest, taxes, depreciation, and amortization to be 5 billion euros for its core business, in which nuclear and coal are excluded.

While the company is looking to expand its renewables capacity, fossil fuels are not out of the picture.

"With an installed capacity of 14 GW, RWE is currently operating the second-largest gas-fired power station fleet in Europe," RWE said.

"Additional plants with a generation capacity of at least 2 GW, which will have a clear decarbonisation roadmap, are planned."

Looking to the future and energy prices, Krebber sketched out some of the challenges ahead.

"Long term, when you think it through … [with] the current technologies and current costs we know, I think, a fully green energy world will be not more expensive than the old fossil world," he said. 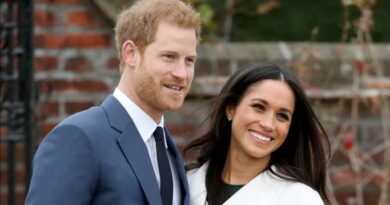 This Is How Much Prince Harry and Meghan Are Worth