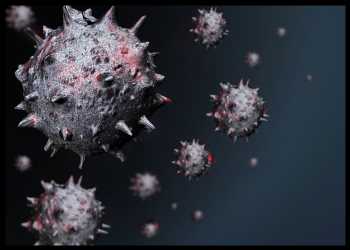 Omicron has replaced Delta as the most dominant variant of coronavirus in the United States, the Centers for Disease Control and Prevention said in data published Monday.

The highly transmissible variant represents 73 percent of sequenced cases for the week ending December 18, while the previously dominant delta variant has caused infection in 26.6 of cases, according to CDC.

It marks a rapid turnaround from the previous week’s scenario, in which the Delta variant made up 87 percent of cases to omicron’s 12.6 percent, the data shows.

President Joe Biden had warned last week that the Omicron variant is going to spread much more rapidly in the beginning of the New Year.

Also on Monday, the head of the World Health Organization said that there is now “consistent evidence” that the Omicron variant is outpacing Delta.

WHO Secretary General Dr Tedros Adhanom Ghebreyesus called on people to delay or cancel their Christmas holiday plans to protect public health, as the Omicron variant spreads, accounting for around 50,000 deaths worldwide every week.

“An event cancelled is better than a life cancelled. It’s better to cancel now and celebrate later, than to celebrate now and grieve later,” the WHO chief said at a news conference.

“There can be no doubt that increased social mixing over the holiday period in many countries will lead to increased cases, overwhelmed health systems and more deaths”, he told reporters.

Ghebreyesus said that the pandemic could be ended in 2022 if 70 percent of the population of every country is vaccinated by the middle of next year.

The United States on Monday reported one of the highest figures of coronavirus cases in this year.

With 253954 additional cases of infection reported on Monday, the total number of people infected with the pandemic in the U.S. has risen to 51,100,799.

As per the latest data published by the Centers for Disease Control and Prevention, 204,098,982 Americans, or 61.5 percent of the eligible population, have been administered both doses of Covid vaccine so far. This includes 87.5 percent of people above 65.