Countries all over the world are reacting to the rising Covid-19 numbers as the Omicron variant swiftly becomes the dominant strain.

This has been the case in Ireland where 52 percent of cases were determined to be from Omicron, where the government has now implemented a curfew. The Health Protection Surveillance Centre reported on Sunday: 5,124 confirmed Covid-19 cases, 436 of who are hospitalized, and 107 that are in ICU.

“It has taken less than two weeks for Omicron to become the dominant strain of COVID-19 in Ireland, revealing just how transmissible this variant is,” said Dr. Tony Holohan, Chief Medical Officer, Ireland’s Department of Health.

Starting on Monday, all restaurants, bars, and cafes (excluding delivery or takeaway services) will close at 8 p.m.

No indoor events—including entertainment, cultural, community, and sporting events—will take place after the same time. Any events—including cinemas— taking place earlier are to be capped at 50 percent of venue occupancy or 1k attendees, whichever is lower. Not included are religious, educational, or normal workplace activities.

Outdoor events will also be capped at 50 percent of venue capacity or 5k attendees, whichever is lower.

Israel is recommending the addition of 10 more countries to its no-fly list including the U.S., Canada, Italy, Belgium, Germany, Hungary, Morroco, Portugal, Switzerland, and Turkey. Upon approval and beginning Dec. 22 at midnight, the countries would join 59 others already on its red list like Britain, Ireland, France, Finland, and Spain.

The news arrives as multiple members of the Israeli Consulate in New York tested positive for Covid-19, including the Consul General, Asaf Zamir, and at least 12 other staffers. More are pending test results.

London is also preparing for further “inevitable” restrictions, according to Mayor Sadiq Khan, who recently declared a state of emergency due to rapidly rising cases. Khan predicts that without those restrictions, the NHS could face collapse.

All countries mentioned above are encouraging vaccination and boosters, masking, social distancing, and restraint during the holidays when getting together with family and friends, to keep numbers from skyrocketing further.

The Film That Lit My Fuse: ‘The Harder They Fall’ Writer-Director Jeymes Samuel

Scarred and scared: post-Covid consumers not their old selves 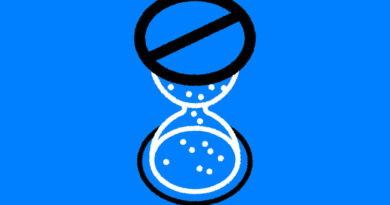 The Week in Business: Where Are the Jobs?