Home » Participation in the bitcoin market grew 12% in the 1st quarter, the 3rd-highest quarterly jump ever, according to CoinDesk | Currency News | Financial and Business News 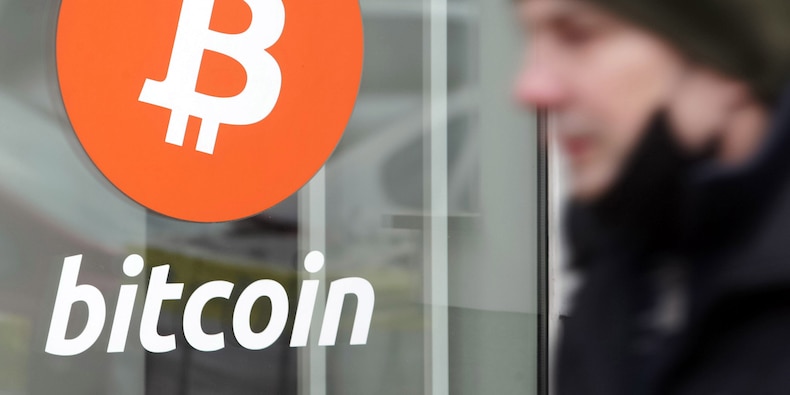 Investor participation in bitcoin soared in the first quarter of 2021 as the coin rallied roughly 100%, with plenty of that growth coming from retail investors, according to research from CoinDesk.

In the first quarter of 2021, the Bitcoin network added over 4 million new non-zero addresses, a jump of over 12%. Non-zero address refers to a bitcoin account with any amount higher than zero in it.

That figure represents the highest quarterly address increase since the fourth quarter of 2017-the height of the previous rally-when participation increased by 35% and 6 million new non-zero addresses were added. The all-time highest quarterly increase was in 2011, during Bitcoin's early innings.

Meanwhile, the amount of bitcoin held in each address suggests that retail investors are participating more in the network, CoinDesk's head of research Noelle Acheson told Insider.

"Non-zero addresses picked up enormously in Q1….but the addresses that are holding a significant amount of Bitcoin over 1000, that number started to decline, which says that most of the growth in addresses is from people holding relatively small amounts of Bitcoin. In other words, retail investors," she said.

The fact that addresses with over 1,000 bitcoin rose sharply in the beginning of 2021 and then declined throughout the quarter suggests that investors with large holdings took some profits as bitcoin reached new highs, Acheson added.

CoinDesk research also shows that the nearly half of bitcoin addresses hold less than 0.01 bitcoin each. While people can hold their bitcoin in multiple addresses, this does suggest to Acheson that retail investors are steadily participating in Bitcoin.

"It shows that 1.) there is growing acceptance of bitcoin as a savings mechanism among small holders,and 2.) the dispersion of the types of holdings… is relevant for the security and the robustness of the entire network, and it's especially relevant for the network effects, which is one of the many factors that gives bitcoin value," said Acheson. 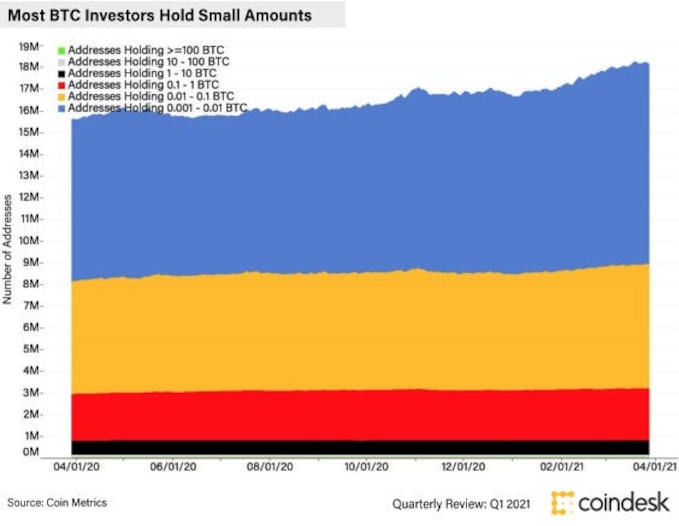 The report sheds a light on the state of the bitcoin retail investor. While large institutional players grew the network at the end of 2020 and will continue to play a role, small, retail investors who are distributed throughout the globe will help keep the Bitcoin network more secure, she said.

The Best Food Cities in America for 2019 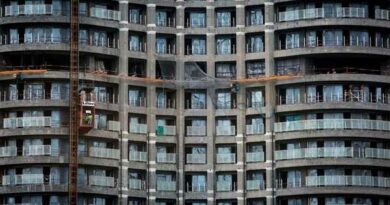 Luxury segment accounts for half of unsold houses: Lodha