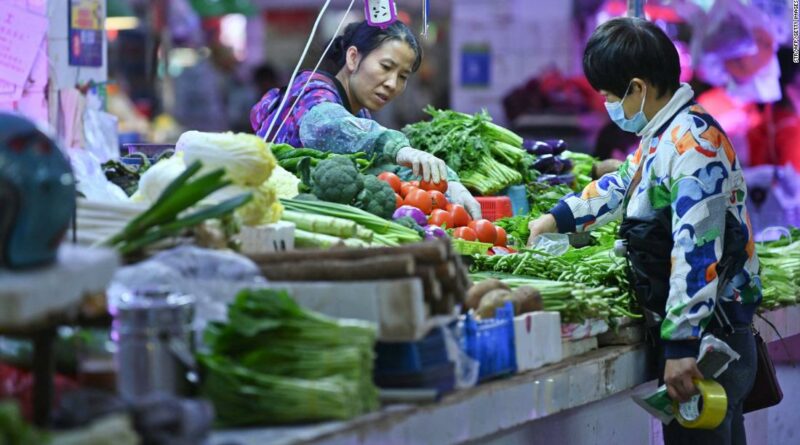 Hong Kong/Seoul (CNN Business)China is telling families to stock up on food and other daily essentials as bad weather, energy shortages and Covid-19 restrictions threaten to disrupt supplies.

The country’s Ministry of Commerce late Monday issued a notice directing local governments to encourage people to stockpile “daily necessities,” including vegetables, oils and poultry, in order to “meet the needs of daily life and emergencies.”
The agency also urged local authorities to make sure that people have an “adequate supply” of essentials this winter into next spring. And it told those authorities to keep prices stable — a source of anxiety in recent weeks, as the cost of vegetables has surged throughout China because of unusually heavy rainfall that has hurt crops.

China has stressed the importance of shoring up food and other daily supplies in the past — including in September, ahead of a major weeklong holiday period. But those statements are usually very obviously intended for local authorities to read, and rarely capture the attention of everyday citizens. The inclusion of language in this statement that mentions families, though, appears to be putting people on edge.

The sudden warning sent shock waves through Chinese social media on Tuesday, as many people speculated about the commerce ministry’s rationale.

The government “didn’t even tell us to stock goods when the Covid outbreak erupted in early 2020,” wrote one Weibo user, responding to the news.
Another speculated that authorities were reminding people that they “might not be able to afford vegetables this winter.” 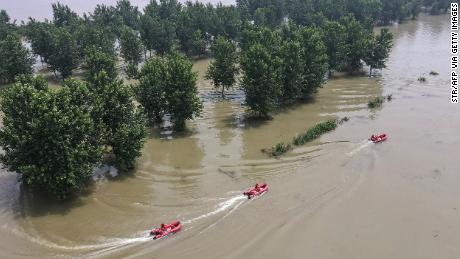 So strong was the reaction that some within Chinese state media sought to quell concerns. Hu Xijin, the editor of the Global Times, a state-run tabloid, dismissed suggestions that the notice could be connected with rising tensions between Beijing and Taipei. China considers Taiwan an “inseparable part” of its territory, even though the Chinese Communist Party has never ruled the self-governing island.
The state-owned Economic Daily, meanwhile, wrote Tuesday that authorities were attempting to remind families to prepare in case of temporary lockdowns caused by Covid-19.
And state broadcaster CCTV said that the portion of the announcement calling on families to stock up on necessities had been “over-read.” It also released an interview with Zhu Xiaoliang, a Commerce Ministry official, who said that daily supplies for people are sufficient and can be “fully guaranteed.” Zhu added that the announcement was intended for local authorities.
China has maintained a stringent zero-Covid policy, even as countries around the world gradually open up and learn to live with the coronavirus. The world’s second largest economy is resolute on completely eradicating the virus within its borders, and has implemented tough restrictions to stop outbreaks, including stopping high-speed trains and quarantining passengers, and changing traffic lights to red to discourage traffic in one county where a single case was reported.
China’s strict measures even went viral over the weekend after a single confirmed case of coronavirus sent Shanghai Disneyland into a snap lockdown. Crowds in one video were shown lining up in front of makeshift testing sites as health workers in full personal protective equipment (PPE) looked on.
Nationwide efforts to curb coronavirus cases may be contributing in part to the rising cost of food, according to Wang Hongcun, an official with the Beijing Municipal Commerce Bureau. He said last week at a press conference that the cost of transiting across regions could rise because of strict containment measures.
Wang added that prices of some vegetables in the nation’s capital had soared 50% or more in October.
But there are other factors contributing to the rise. A widespread coal shortage has made greenhouse farming more expensive by pushing up the cost of heating and power. And extreme weather has damaged crops in major agricultural provinces.
The commerce ministry on Monday urged local authorities to prepare for the winter by signing long-term contracts with suppliers of agricultural products, as well as buying vegetables that are storable.

Beijing has taken other recent measures that appear to target food security. On Monday, the government unveiled an “action plan” encouraging people not to order food more than they need, and to report restaurants that waste food — a measure similar to a campaign spearheaded by President Xi Jinping last year, when the coronavirus pandemic and extreme flooding threatened food supply chains.
And in April, China passed a law that allows restaurants to charge diners an extra fee for leaving “excessive” leftovers on their plates. The law also penalizes people who make or share videos about binge eating, with fines up to 100,000 yuan (roughly $15,000).
Source: Read Full Article

All retail bankruptcies are not the same. Here's what you need to know 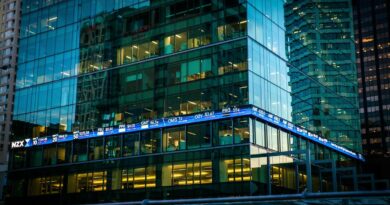