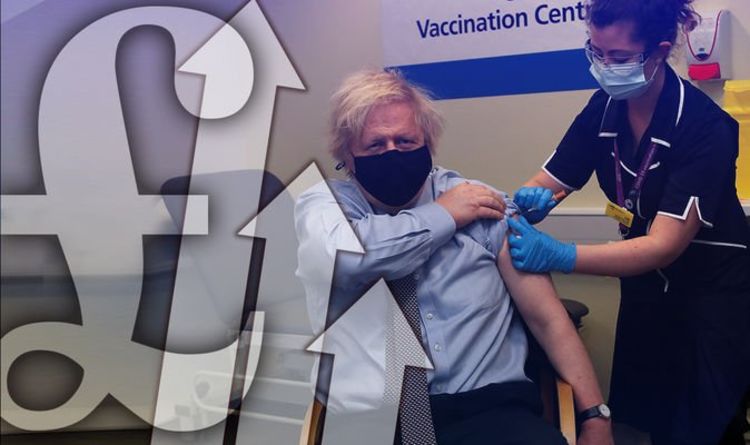 Sterling maintained its fightback against the European currency and was up by 0.25 percent to €1.1754, having started the day at €1.172. On Tuesday, the pound had also nudged up slightly by 0.1 percent against the euro to hit €1.170. So far in 2021, sterling has gained 4.7 percent against the European single currency, sparking an immediate boom for Brexit Britain following its full departure from the EU at the end of last year.

Financial analysts are attributing the jump in value largely to the rapid pace of the UK’s vaccine rollout, while the EU’s own programme has lagged significantly behind with Covid cases continuing to rise.

Stuart Cole, chief macro strategist at Equiti Capital in London, said: “If things carry on the way they are now, I think we could see EURGBP trading around 83.00 pence by the end of the year.”

The British currency has surged even further against the US dollar, up by nearly 0.4 percent on Wednesday to just below $1.38.

Sterling had jumped above $1.42 in February to its highest level against the US currency for nearly three years, but had lost ground against the greenback in March. 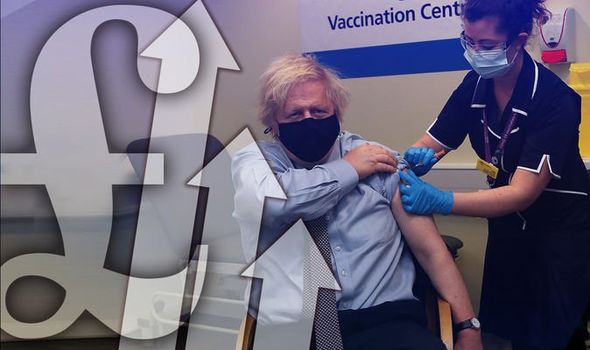 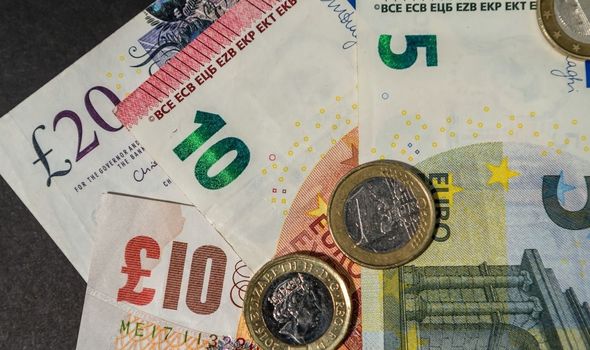 The latest financial data released on Wednesday revealed the UK economy grew faster than previously thought in the final three months of last year as the country bounced back strongly following a dismal 2020.

Economists polled by Reuters had forecast the growth rate to remain at the preliminary one percent estimate set by the ONS.

The figures also showed that last year, total GDP was down by 9.8 percent from 2019, just slightly less than an initial estimate of a 9.9 percent slump. 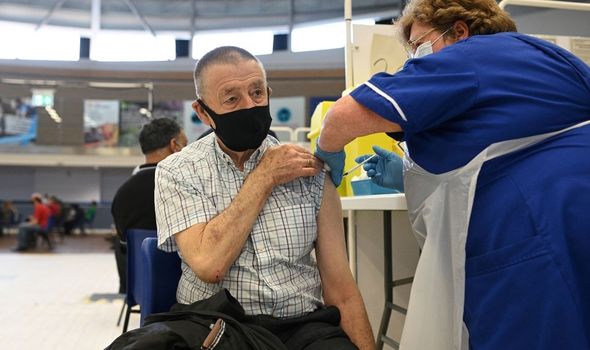 Mortgage lender Nationwide said house prices in the UK fell by 0.2 percent in March compared to the previous month, slowing the pace of their annual increase to 5.7 percent from 6.9 percent in March.

But Simon Harvey, senior FX Market Analyst at Monex Europe in London, said traders are shrugging off the economic data as “these data points won’t be reflective of conditions in the UK economy soon as the stages of re-opening start to elapse”.

Lockdown restrictions are now being gradually lifted in England in a huge boost to the pound and the UK economy as it looks to bounce back with force in 2021.

On Monday, Britons were allowed to meet up to six people or two households outdoors, with organised sport such as tennis and basketball again able to take place. 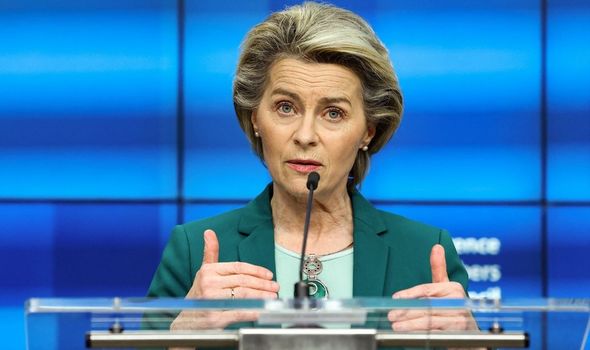 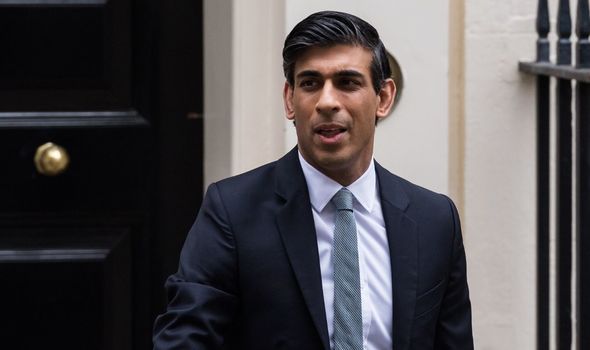 From April 12, non-essential retail, as well as hairdressers and nail salons, will reopen, as will gyms and swimming pools.

The under-pressure hospitality sector will also receive a welcome boost, with table service allowed at beer gardens and outdoor seating at restaurants for groups of up to six people or two households.

Earlier this month, Chancellor Rishi Sunak announced yet more financial stimulus to guide the economy through the end of the UK’s current lockdown restrictions, taking the total emergency response to more than £350billion.

Britain’s exit from lockdown restrictions has been largely driven by the huge success of the country’s vaccine programme, leaving the likes of the European Union trailing significantly behind.

The latest official figures show that nearly 31 million people in the UK – more than half of the UK adult population – have already received their first dose of a Covid vaccine.

Second doses of vaccines have also outnumbered first doses for the first time, with the latest Government figures showing 270,526 second doses were registered on Tuesday, compared with 224,590 first doses. 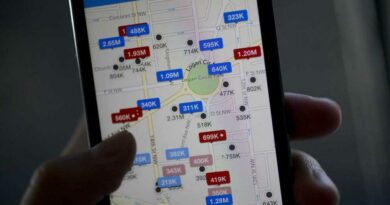