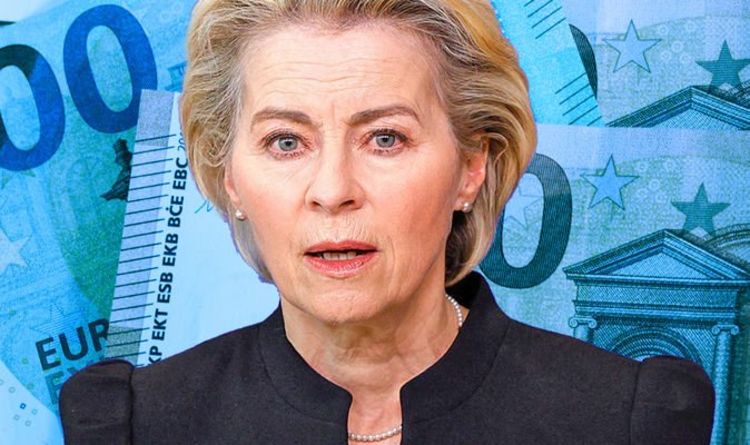 The UK, like EU nations such as Germany, has reached its highest level of inflation since the early ’90s. But it is still faring better than bloc member states, suggesting Remain arguments are not wholly accurate. Facts4eu.org – which gathered information from Eurostat and the ONS – found Britain’s inflation rate was around 5.4 percent.

Germany was slightly ahead of Britain with just under six percent, while Estonia had the highest rate of around 12 percent.

Inflation was recently found to have reached five percent for the Eurozone in December with the European Union as a whole seeing it rise to 5.3 percent.

The ECB meanwhile has a target level of two percent.

Signs are already emerging of concerns from the central bank’s key members.

The institute of the German economy, IW Cologne, has warned of a long phase of economic stagnation with simultaneous high inflation.

He said: “Europe will be threatened with stagflation if politicians are not careful.

“I’m not talking about this year or the next, but well into the decade that lies ahead of us.”

Inflation has become a widespread problem across major economies with UK levels hitting their highest in nearly 30 years at 5.4 percent.

As the Federal Reserve considers its next move today, US inflation stands at a staggering seven percent meaning it will likely be a major consideration.

The starting gun on raising interest rates was sounded by the Bank of England in December with an increase to 0.25 percent.

With inflation continuing to rise in the UK, expectation has grown for a further rate rise to come next week, with markets pricing in as many as four in total across 2022.