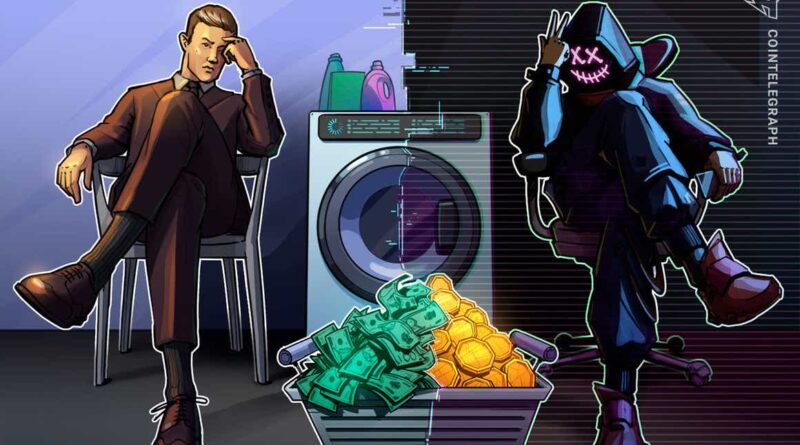 A new Chainalysis report has revealed that $8.6 billion in value was laundered through cryptocurrency in 2021. It marks a 25% increase from 2020, but still remains well below the high watermark hit in 2019.

That year $10.9 billion in value was laundered via cryptocurrency. Since 2017, Chainalysis estimates that a total of $33.4 billion in crypto has been laundered. 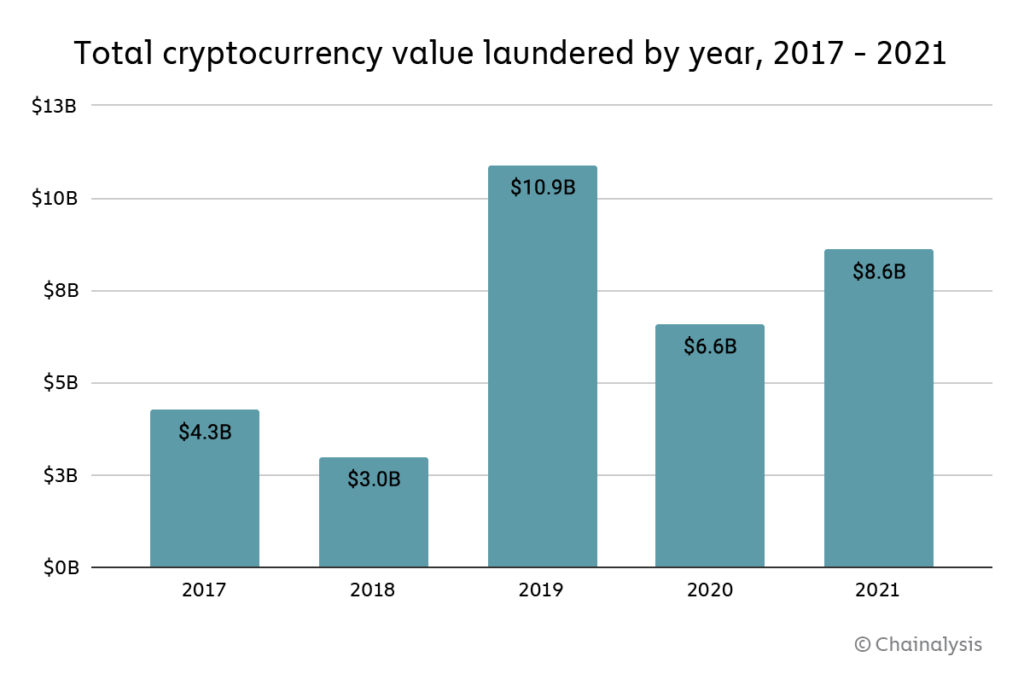 Chainalysis points out the $33.4 billion in crypto laundered since 2017 pales in comparison to the estimated $2 trillion in fiat is laundered yearly from offline crimes such as drug trafficking. However, a reliable assessment of the amount of fiat laundered is more difficult to determine than crypto due to the use of untraceable cash in offline crimes. The report states:

“The biggest difference between fiat and cryptocurrency-based money laundering is that, due to the inherent transparency of blockchains, we can more easily trace how criminals move cryptocurrency between wallets and services in their efforts to convert their funds into cash.”

According to the cybersecurity analytics provider the value of the laundered crypto was derived from “crypto-native crimes” in which “profits are virtually always derived in cryptocurrency rather than fiat currency.”

For the first time since 2018, centralized exchanges (CEX) accounted for less than half (47%) of the value laundered, signalling a potential change in cyber criminals’ behavior. DeFi protocols saw their utility for illicit addresses increase nearly 2,000% from a 2% share in 2020 to 17% in 2021. 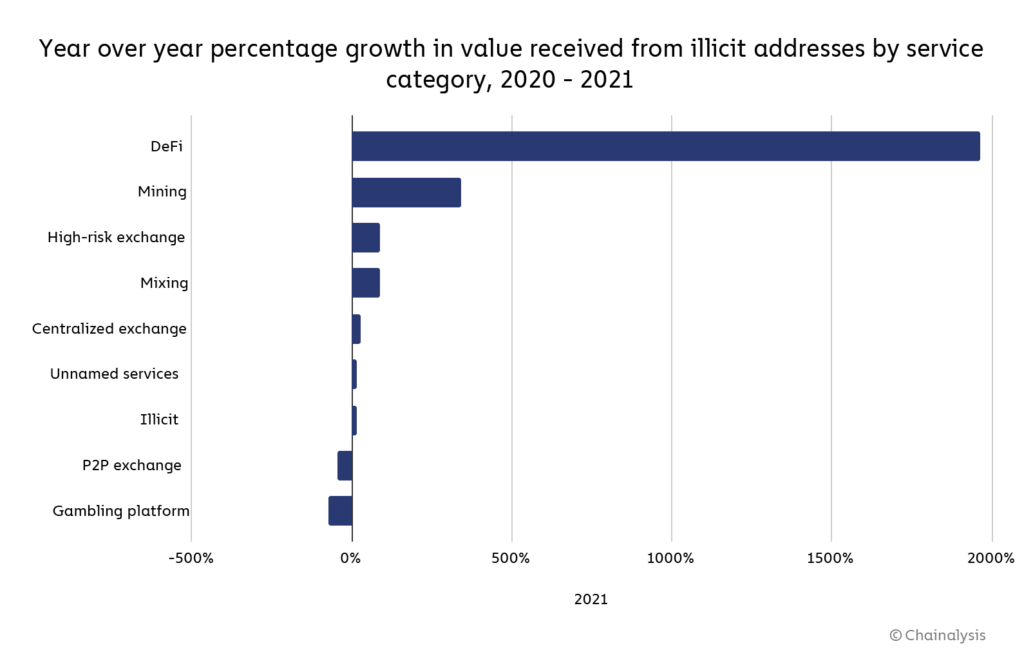 Hackers, such as the infamous North Koreans who stole about $400 million, strongly preferred DeFi while scammers tended to prefer CEX, which Chainalysis attributes to a “relative lack of sophistication.”

By asset, altcoins saw the largest amount of concentration as 68% of those laundered went to the 20 largest deposit addresses used for illicit activity. Ethereum (ETH) was next with 63%, stablecoins at 57%, and Bitcoin (BTC) was by far the least concentrated with only 19% going to the top addresses. 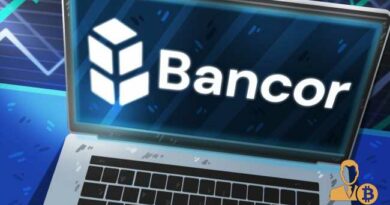