The revamped Harry Potter and the Cursed Child, which will return to Broadway as a one-part play rather than the original two-part event, has announced an opening date of Tuesday, Dec. 7, at the Lyric Theatre. As previously announced, preview performances will begin Friday, November 12.

The original two-part version, which opened on Broadway in 2018, ran for a total of five hours and required the purchase of separate tickets for each part. When producers announced last July that the play would return in shorter form, playwright Jack Thorne and director John Tiffany said they had been working on the new version throughout the pandemic lockdown. “It has given us a unique opportunity to look at the play with fresh eyes and we have been inspired by the entire creative team every step of the way,” they said in a joint statement.

The original two-part play recently resumed performances in London at the Palace Theatre, returns in Melbourne at the Princess Theatre on November 18 and in Hamburg at the Mehr! Theater on December 1. The reimagined single show will begin previews in San Francisco at the Curran on January 11, 2022, in Toronto at the Ed Mirvish Theatre on May 31, 2022 and in Tokyo at the TBS Akasaka ACT Theater on July 8, 2022.

Also today, the Broadway production announced the return of the “Friday Forty” program, where every Friday at 1:00 PM ET the show will release a limited number of $40 tickets for every performance the following week. Entries begin on Monday, November 1 at 12:01 PM ET with the drawing taking place on Friday, November 5 for the next week of performances. “Friday Forty” are only available through TodayTix.com and the TodayTix app.

iBio Takes Another Big Step in the Fight Against COVID-19 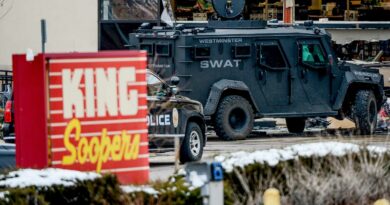 In Boulder, ‘tragedy and a nightmare’