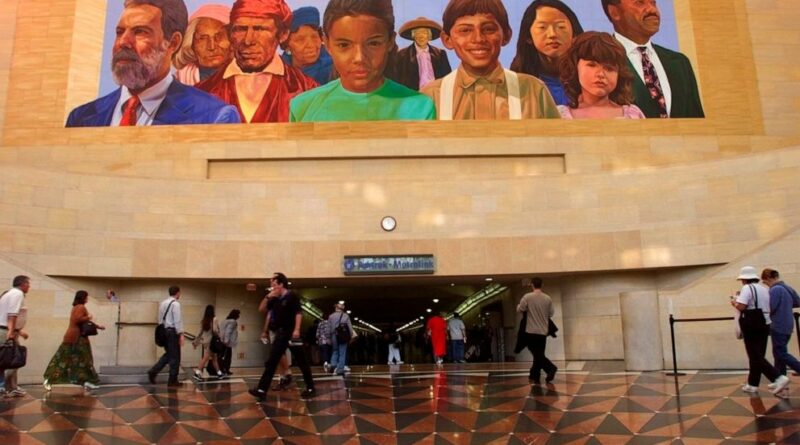 NEW YORK — Many U.S. companies have rushed to appoint Black members to their boards of directors since racial justice protests swept the country last year.

The Board Diversity Census, conducted by the Alliance of Board Diversity and the consulting firm Deloitte, points to the steep deficit companies face when it comes to fulfilling pledges to diversity in their ranks. An overwhelming 82.5% of directors among Fortune 500 company boards are white, according to the census.

The census suggests that, until the May 2020 police killing of George Floyd galvanized a national reckoning on systemic racism, attention to racial diversity took something of a backseat to gender equality in boardrooms.

Between July 2020 and May 2021, some 32% of newly appointed board members in the S&P 500 were Black, according to an analysis by ISS Corporate Solutions, which advises companies on improving shareholder value and reducing risk. That was a leap compared to 11% during the previous year.

But the time before then shows a sudden shift in priorities. The census found that the number of women serving on Fortune 500 boards rose 4 percentage points to 26.5% between 2018 and June of 2020 — a faster pace of progress than the 2% increase over the preceding two years.

Attention to gender equality did bolster the ranks of minority women on Fortune 500 boards, though their numbers remain small at 6%, according to the census. The number of minority men remained virtually unchanged at just under 12%.

With racial minorities holding so few seats to begin with, the findings underscore the need to pick up the pace of change, said Linda Akutagawa, chair for the Alliance for Board Diversity.

Asian, Hispanic and Black women directors made the biggest percentage increases since 2018. But the raw number of seats each of those groups gained paled in comparison to the 209 seats gained by white women, according to the study. White women held three new seats for every new seat occupied by a woman from a racial minority.

The Board Diversity Census based its findings on a two-year review of public filings through June 30, 2020. During that period, companies responded to pressure to appoint more women to their boards. California passed a law in 2017 requiring publicly traded firms headquartered in the state to have at least two or three women directors by 2021, depending on the size of their boards.

Over the past year, more pressure has arisen for boards to focus on racial diversity. California Gov. Gavin Newsom signed a new law last year giving companies until the end of 2021 to have at least one board member from an underrepresented ethnic community, or who identify as LGBT. In December, Nasdaq filed a proposal with the Securities and Exchange Commission to adopt new listing rules requiring companies to publicly disclose their board diversity statistics.

More than a dozen companies, including Zillow and M.M.LaFleur, signed a pledge in September to add at least one Black director to their boards within a year.

Carey Oven, national managing partner of Deloitte’s Center for Board Effectiveness, said that kind of rapid shift shows that progress on diversity is matter of corporate will, rather than a lack of qualified minority candidates.

In April, 140 racial justice leaders published a letter in the Financial Times demanding that the country’s largest asset managers oppose all-white boards at this year’s shareholder meetings. But the letter also called for them to oppose boards “with arguably token representation by a single person of color.”

“Boards draw a circle around everyone who is not a white male and call themselves diverse,” said Eli Kasargod-Staub, executive director of Majority Action, a nonprofit group that sponsored the letter. “That way of framing it often obscures that fact that they only have one person of color on their boards.”

In December, Majority Action, along with the Service Employees International Union, released a report showing that 56 of the S&P 500 companies had all-white boards as of November 2020. The asset manager BlackRock voted to approve the entire board at 52 of those companies at their 2020 shareholder meetings, according to the report, which cited research from ISS Analytics and public filings. Vanguard voted to support the entire board at 51 of the companies.

Some fund giants have acknowledged they have been slower to push boardrooms to appoint more people of color, compared to their advocacy to add more women. But many say the momentum is turning.

BlackRock said this year that it’s raising its expectations for ethnic and gender diversity on corporate boards, and it voted against more than 130 boards in the early part of 2021 because of a lack of it. But it does not have a bright-line rule for how many people of color should be on a board, similar to how it expects U.S. companies to have at least two women on their board.

Vanguard revised its proxy voting guidelines to warn it will vote against some board nominees at companies where lack of diversity is a concern. But a Vanguard spokeswoman said the investing giant believes “there is no one-size-fits-all mandate for board diversity” and will evaluate each board individually.

State Street Global Advisors, the company behind the “Fearless Girl” statue that stared down the iconic charging bull statue near Wall Street, said it will start voting against the chair of the board nominating committee at S&P 500 companies next year if it doesn’t have at least one underrepresented minority. This year, it began voting against nominating committee chairs of companies that fail to disclose the racial and ethnic composition of their boards.

“We did see that progress was not being made quickly enough,” said Benjamin Colton, State Street’s global co-head of asset stewardship. “It was difficult for us to even gauge progress because we did not have that disclosure available.”

FDA Accepts for Review the Newest Treatment for C Diff