STOCKHOLM (Reuters) – Swedbank admitted to failings in combating money laundering on Thursday and said it was under investigation by multiple U.S. authorities, piling more pressure on the bank as it tries to rebuild its reputation. 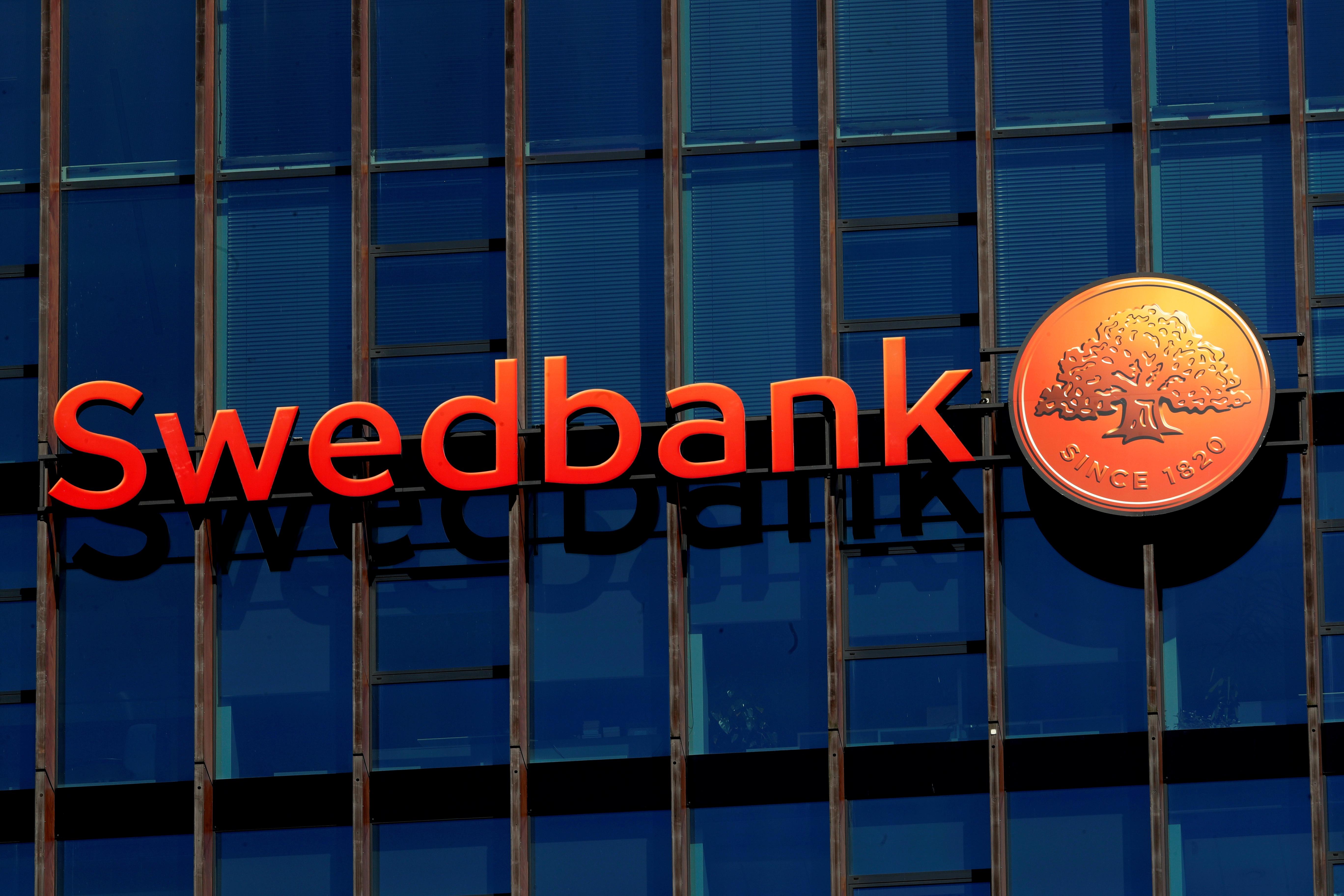 Sweden’s oldest bank, whose CEO and chairman have both left as money laundering allegations snowballed, is already facing a joint probe by financial watchdogs in Sweden and the Baltics and another by Sweden’s economic crimes body.

Swedbank has found itself caught up in a regional money laundering scandal originating with Danske Bank, which said last year that 200 billion euros ($223 billion) of suspicious funds moved through its Estonia branch between 2007 and 2015.

Swedish broadcaster SVT has reported that Swedbank processed gross transactions worth up to 20 billion euros a year from high-risk, non-resident clients, mostly Russian, through its Estonian branch from 2010 to 2016.

Any action by U.S. authorities, such as the Department of Justice or the Securities and Exchange Commission, is a key concern for investors because of the size of potential U.S. sanctions could dwarf those from local watchdogs and even jeopardize Swedbank’s ability to transact in the U.S. dollar.

Swedbank did not name the U.S. watchdogs. The SEC and Sweden’s financial watchdog declined to comment.

Since allegations first surfaced in February, the bank had repeatedly said it had faith in its anti-money laundering procedures and that suspicious transactions that were identified were reported to authorities.

But acting CEO Anders Karlsson, who took charge at the end of March, admitted on Thursday that previous internal investigations had indicated shortcomings.

He cited reports of certain customers identified in previous money-laundering cases not being flagged, weaknesses in know-your-customer procedures and a lack of reports to the authorities on some suspicious transactions.

“For Swedbank to deserve the trust of customers, authorities, investors, employees and other stakeholders, continuous improvement in our anti-money laundering work is required,” Karlsson told reporters.

Alecta, the banks’s third biggest investor which has criticized its handling of the crisis, praised Thursday’s disclosures, which its CEO Magnus Billing said answered a call for greater transparency made by investors.

“Swedbank is being transparent, cooperating with the authorities and working to restore trust, which is necessary and positive,” he told Reuters.

Swedbank’s shares, which has lost a quarter in value this year, were down 2.4 percent at 151.2 Swedish crowns by 1448 GMT, as the market also looked at lower-than-expected asset quality and common equity tier 1 ratio and worse-than-expected costs.

The company reported first-quarter headline costs of 4.52 billion Swedish crowns, a 2 percent miss versus consensus, due to expenses incurred to deal with money laundering allegations and severance paid to its former CEO Birgitte Bonnesen.

It forecast additional spending of 1 billion Swedish crowns in 2019, with about 650 million earmarked to hire staff to assist with the various investigations, beef up the compliance unit and set up a new unit to combat all areas of financial crime, Karlsson said.

Swedbank announced an in-depth internal probe was under way to review its current and historic customer relationships through its Baltic units, its response to previous internal reviews and its anti-money laundering compliance processes.

“It is good that the bank now addresses the problems of money laundering by deepening and broadening the internal analysis,” Carina Lundberg Markow, chief strategist on responsible investment at Folksam, Swedbank’s second-largest investor, told Reuters.

“One is for us to understand what has happened in the past and if there is anything we can learn from that and the second is to manage the different authorities’ questions in the best possible way,” he told analysts.

Bithumb Global Launches Margin Trading for Bitcoin and Ether Pairs with Tether
We and our partners use cookies on this site to improve our service, perform analytics, personalize advertising, measure advertising performance, and remember website preferences.Ok