Home » Tesla's earnings would have fallen short without EV tax credits and bitcoin sales, but this doesn't change the long term trajectory of the company, Loup Ventures' Gene Munster says 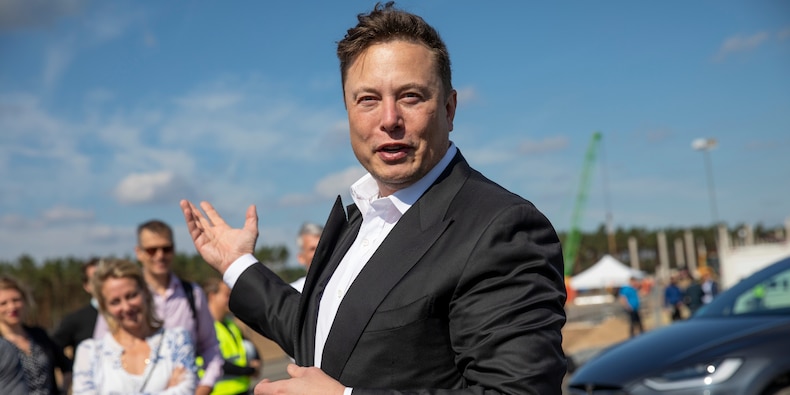 Tesla would have lost $181 million in the first quarter if it weren't for bitcoin and EV tax credit sales, but that doesn't change the long-term growth story of the company, according to Loup Venture's Gene Munster.

In an interview with CNBC on Tuesday, Gene Munster and Gordon Johnson discussed Tesla's first-quarter earnings report and the company's future prospects.

Munster is a longtime Tesla bull, while Gordon Johnson, the founder of GLJ Research, is a noted bear.

In the interview, Munster said Tesla is a "definitional growth story" and that despite a reliance on bitcoin and tax credits sales in order to turn a profit, the company remains well-positioned to execute in the long run.

Munster said tax credit sales and bitcoin holdings are "relatively small in the grand scheme of things", and that when he looks at Tesla, he tries to identify which "real factors" are important to focus on.

"Those are negatives, but it doesn't change the growth trajectory," Munster said.

The Loup Ventures co-founder said focusing on short-term profits is not a good way to value Tesla, and delivery figures are what really shows the EV giant's growth story.

"You have to pick pressure points on any given company and in the case of Tesla I think deliveries are the most important one," Munster said.

Tesla managed 109% year-over-year growth in deliveries in the first quarter despite supply chain issues brought about by the economic reopening and a semiconductor shortage.

The company's record deliveries came in a quarter that normally experiences a seasonal drop in consumer interest as well.

On the other hand, Tesla bear Gordon Johnson said the firm's lack of profitability and weak gross margins are issues that haven't been addressed.

"This is the fifth straight quarter, excluding credit sales, that Tesla has lost money…so record deliveries, but they're losing more money the more cars they deliver," Johnson said.

Johnson also noted Tesla continues to produce negative margins in its solar and energy segments and free cash flow fell by $1.65 billion in the quarter.

Tesla trades at 20x sales and 119x earnings, which is high in Johnson's view because the company is losing market share in Europe and China.

"For a company that trades at 20x sales and 119x earnings you need to see growth. Their sales actually fell sequentially. So this is a bad print across the board," Johnson said.

The GLJ Research chief concluded by saying Tesla does not have a "viable business model" and argued investors will "at some point have to look at reality."

Tesla shares are up more than 350% over the past year. Johnson has maintained a "sell" rating on the company the entire time.

Floodgates, mega-shelters, and the National Guard: How Louisiana is preparing for Tropical Storm Barry