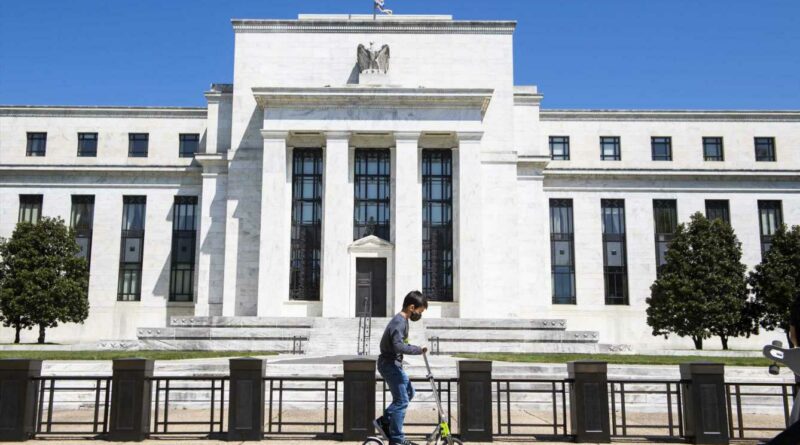 The taper announcement cometh, but just not this week, according to the CNBC Fed Survey.

The survey of 32 market participants shows they expect the Federal Reserve to announce a reduction in its $120 billion in monthly asset purchases in November and begin to taper in December. The Fed is expected to cut purchases each month by $15 billion.

The first rate hike does not come until the end of next year.

"The challenge for officials will be continuing to delink the timing of tapering from eventual rate liftoff amid splintering views within the FOMC," said Kathy Bostjancic, chief US financial market economist at Oxford Economics.

In early August, just before the spread of the delta variant became a concern, many forecast the announcement would come at this meeting. Now, just nice respondents believe it will happen tomorrow, compared to 17 who forecast a November announcement.

Among the minority are several who believe the Fed is taking risks with inflation.

"The Fed's easing risks cementing in an inflation rate above 2% that would be costly to reverse while providing no benefit to job creation," said John Ryding, chief economic advisor at Brean Capital. "The Fed is falling further behind and could be making a major policy error at this point in time."

Amid such concerns, the market still forecasts no rate hikes until the end of 2022. In fact, expectations for rate hikes have actually eased since the more optimistic days in the spring when the reopening gathered steam.

Back in April, the survey showed expectations for nearly two quarter-point rate hikes next year. Now, just one is fully priced in.

That could be because respondents cut their growth forecast for the year largely as a result of the spread of the Delta variant.

Growth is now forecast at 5.7% for 2021, down almost a full percentage point from the July survey. Respondents said they reduced their outlook for GDP by 0.65 percentage points because of the economic effects of the delta variant.

The effects pushed up the unemployment rate outlook by less than a tenth of a percentage point for this year, but the forecast remains for a decline to 4.8% from the current level of 5.2%, and for a further drop to around 4% next year.

"No crutches needed anymore," said Thomas Costerg, senior U.S. economist with Pictet Wealth Management. "The U.S. consumer is fine and will continue to do well."

Some of the lost growth is recovered next year with forecasts for 2022 GDP now set at 3.7%, up from 3.4% in the July forecast. Most continue to see inflation as temporary, but still believe the Fed should reduce asset purchases to address the threat. The consumer price index is forecast to rise nearly 4.4% this year before the rate declines next year to 3%.

"The appropriate question is whether inflation can be brought back down to the Fed's 2% target without a recession. I don't think it can,'' said Robert Fry of Robert Fry Economics.

Respondents to the CNBC survey, as a general rule, believe the stock market is overvalued at any point in time.

That's the case in this survey with 56% saying the market is overvalued relative to their outlook for earnings and economic growth. But that's the lowest percentage since the start of the pandemic as 37% say stocks are either priced fairly or too low.

"Asset inflation and historically tight credit spreads should be a clear warning sign to the Federal Reserve,'' wrote Chad Morganlander, portfolio manager at Stifel Nicolaus. "We believe investors should own quality assets and reduce leverage."

But Richard D. Steinberg, chief market strategist at The Colony Group, believes equities will stay attractive if the fed pursues a gradual tapering policy. "With a slow and steady message, equities markets may take it in stride and long bond yields will still remain uncompetitive for risk assets," he said.

Canopy Growth Earnings: What to Look For

Fox News Made a Big Call in Arizona, Buoying Biden and Angering Trump

Employees need these 3 things in the workplace to find happiness, expert says