Home » Business » The Parking Garage of the Future 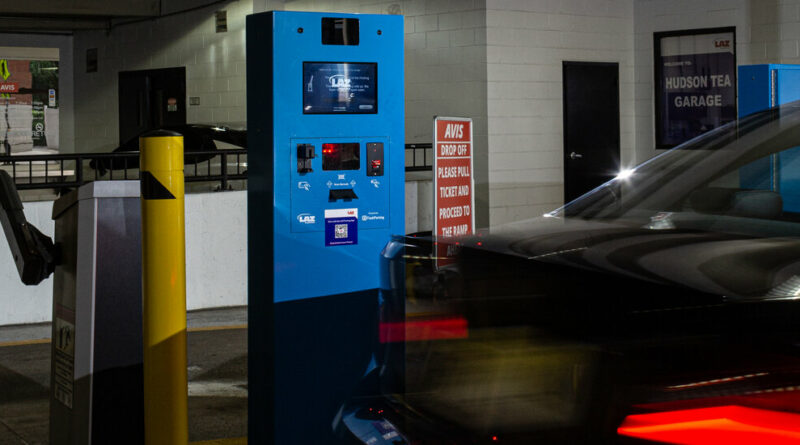 Consider all the uses that most drivers usually associate with a parking garage:

Consider also, however, if one could deploy a smartphone or another device not only to find the garage on a maps app but also to ensure that on this rainy night a space is vacant and can be reserved. This is a good thing, because next to the blocklong parking facility is a concert hall, where Billie Eilish will be performing in an hour. Need a ticket for the show? The garage’s app can help with that, too. A dinner reservation? Sure.

Just a parking garage? Inventive entrepreneurs conceive of it as a “mobility hub” or “silo,” fashioned with whole lot of advanced software and hardware technology around a mantra that goes something like this: “Seamless, frictionless, touchless.” It’s a concept that has evolved in the past year because of the pandemic, and it’s likely to keep evolving.

The owners of FlashParking, a company in Austin, Texas, that provides software and hardware for garages, see the future of driving — and, not coincidentally, parking — as a digitally centered platform that, in a very broad (and rather utopian) sense, could relieve congestion, pollution, anxiety and a few other things. Among their ideas is to move vehicles that do a lot of cruising around or idling — like those on Uber shifts and Amazon, FedEx and UPS trucks — into a restful parking spot in a “silo” equipped with a restroom and a food truck.

“You only got to run in and deliver two packages?” asked Flash’s marketing executive, Neil Golson. “I got a spot for 15 minutes, and here’s a special price. That’s the evolution we’re enabling: Get people off the street and into the lot.”

“You’re driving in town to do something, and then looking for parking,” he said. “But our view is there will be very few accidental drivers in the future. And that these parking assets” — garages — “can be converted into a dynamic hub of a broad network and connected in a digital fashion through consumer-facing apps. It only works if you reach the consumer where he lives today: on his phone.”

Mr. Sharplin’s organization, which he describes as SaaS — software as a service — needs partners. In fact, Flash doesn’t own the garages or the thousands of other parking locations across the country that it supplies, he said.

“But,” Mr. Golson added, “we do own the infrastructure: the hardware that makes the gates go up and down, the scooters, the E.V. charging stations.”

And there are other partners in the mix: the automakers. Flash is working with more than a dozen of them to integrate parking apps, Mr. Golson said. “But they’re not necessarily the ones creating the tech,” he added. “We want to be at the table as the parking adviser, alongside Google and Amazon and Uber.”

Many garages that SP Plus, a Chicago-based company, manages across the country employ hands-free systems at the gates and mobile payments “to create a touchless experience,” said Jeff Eckerling, the company’s chief growth officer. Overall, the company oversees “upwards of two million” parking spaces in several thousand locations, including more than 70 airports, he said.

Despite the touchless technology, stay-at-home restrictions that were mandated more than a year ago because of the coronavirus wreaked havoc on the parking garage business. An empty parking spot is like a subway car without riders, a baseball stadium without fans.

Not surprisingly, he said, New York City was among the first cities where parking recovered. “If you go back four months, we were almost at pre-Covid levels,” he added. “So many workers had been taking mass transit, but it takes only a small number going back to the office and driving that creates a real win for our business.”

The history of the parking garage in the United States isn’t particularly romantic. Most reports date the earliest public garages to the early 1930s, around the time that car ownership began to expand. Car “jockeys” handled the affair, and cars were often placed on platforms and shuttled to available spaces.

By the ’50s, a building boom had filled downtowns with garages, giving people more convenient access to shopping and businesses. The mid-20th century also brought the introduction of multistory garages with ramps and “do-it-yourself” parking.

Some pieces of the Flash vision were in effect recently in Hoboken, N.J., where the company has teamed up with LAZ Parking at one of its garages. High-tech cameras at the two entrances are programmed to read license plates to identify cars whose drivers may have prepaid online, or have a monthly residential contract, or want only an hourly ticket. (No need to pull one from a machine; just wave at a screen and the ticket is dispensed.)

If the plate is obscured, the camera can recognize the car by a “signature”: a mark or a dent or a sticker.

Part of the lower floor held some rental vehicles, since Avis maintains an operation in the garage. (Many garages work with the car-sharing company Zipcar and similar services to store vehicles and electric scooters.) And a fairly large open space on the ground floor was “parked” with a few dozen stationary bikes, part of a Soul Cycle franchise assembled like a pop-up inside the garage.

One of the keys to a garage’s economic success is turnover. “Managing inventory is critical here,” said Omar Perera, the general manager of the eight-story Hoboken garage and its 1,440 spots. “And because the data is in the cloud, I can manage it from my iPhone in my house.”

Mr. Perera periodically adjusts pricing, depending on supply and demand, he said.

There were no scooters or food trucks. And there weren’t charging stations for electric vehicles yet, although Mr. Perera assured me that they were coming. After one apparently desperate E.V. owner tried to charge his car by plugging into a conventional AC outlet on an upstairs floor, the outlets in the building were blocked. The garage of the future is still a work in progress.