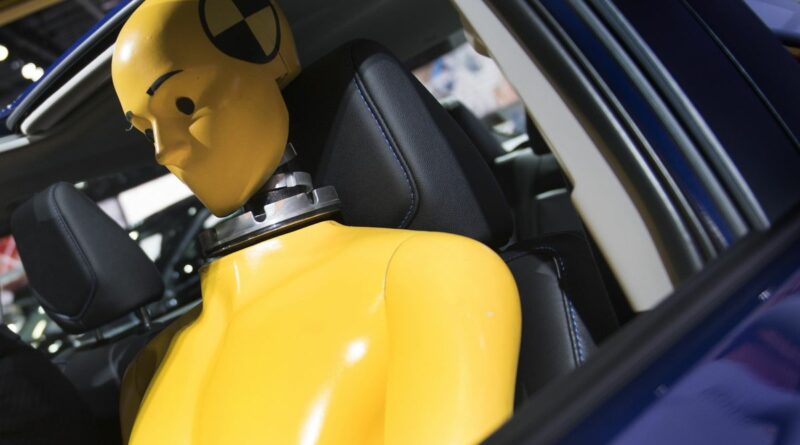 The simple act of taking a stroll or riding a bike is becoming an increasingly risky activity. Some 6,283 pedestrians died on U.S streets and roads in 2018, 42% more than a decade ago, while cyclist deaths rose 38%. Victims were disproportionately Black. (Newer 2019 data shows a small decrease in pedestrian and cyclist fatalities, but an increase in injuries.)

In response, many city transportation officials in the U.S. have taken steps to improve safety for those walking and biking, such as building new protected bike lanes, lowering speed limits and painting road murals. But at the federal level, leaders have largely sat on their hands as the death toll has climbed. That’s a big problem, because it’s the U.S. Department of Transportation (USDOT) — not cities — that regulates the design of automobiles, which are becoming bigger, heavier, and more deadly as American preferences shift from cars and toward pickup trucks and sport utility vehicles. According to USDOT’s own report, “pedestrians are 2-3 times more likely to suffer a fatality when struck by an SUV or pickup truck than when struck by a car.”

That report came out in 2015; since then trucks and SUVs have bulked up further. Physics dictates that heavier vehicles are more likely to hurt or kill upon impact, while taller ones expand frontal blind spots and increase the risk of an individual being pinned and trapped underneath.

Despite the escalating risks to cyclists and pedestrians, USDOT has avoided taking concrete steps to nudge automakers toward safer designs. In November the agency finally released a pedestrian action plan, which included several dozen initiatives, including launching a Pedestrian Safety Month and convening a USDOT summit on the issues at hand. Critics were underwhelmed by its emphasis on education rather than regulation.

You may be more familiar with NCAP than you think — this is the federal program featuring the legendary crash test dummies. Housed within the USDOT’s National Highway Traffic and Safety Administration (NHTSA), NCAP staff deliberately (and carefully) smash new vehicles into various objects in order to estimate the likelihood of injury or death to real people in a collision.

Joan Claybrook, who created the NCAP program in 1979 while serving as NHTSA administrator during the Carter administration, credits an engineer on her team for suggesting the basic structure of the program. “He said, ‘Why don’t you avoid formal regulations and release the crash ratings to the public,’” says Claybrook, who led the agency from 1977 to 1981. “I thought that was a fantastic idea.”

From the outset, NCAP has been a consumer education program intended to help Americans understand the relative safety of new automobiles before making a purchase. Automakers can ignore NCAP if they choose, but federal law requires that its ratings be placed on vehicle window stickers at auto dealerships. (The Insurance Institute for Highway Safety also conducts crash tests to create its own vehicle safety ratings, but only NCAP scores are on those stickers.) Automakers eagerly seek top five-star NCAP ratings, and they boast when they get them.

NCAP was a breakthrough when it launched with the 1983 model year. In particular, Claybrook believes the program pushed automakers to focus on “crumple zones,” which are designed to better protect passengers in a frontal collision, during the 1980s. Inspired by the American model, countries around the world soon launched similar programs. In 2000 NHTSA took a victory lap, declaring in a research paper that “by all indications, the program has worked. More and more consumers have a heightened awareness of vehicle safety and are placing a higher emphasis on it in their buying decisions. This, in turn, has moved the industry to design cars that perform well in NCAP tests.”

But the U.S. NCAP program is no longer raising the bar on safety like it used to. Its standards have barely budged in decades, and automakers have become accustomed to meeting them. NCAP gave a rating of four or five stars to every 2019 vehicle model it evaluated. “It’s no longer an assessment program” says Cathy Chase, president of Advocates for Highway and Auto Safety. “It’s become a rewards program for automakers.”

While the U.S. NCAP program still focuses solely on vehicle occupants, that’s no longer the case elsewhere. In 1997 the European Union’s Euro NCAP program began conducting pedestrian safety tests, and today NCAP programs in Australia, China, Korea, and Japan do too. If automakers want top safety marks in those markets, they must include sensors that can halt (or at least slow) a vehicle prior to striking a pedestrian, and a design that mitigates deaths and injuries if a collision still occurs. Euro NCAP added cyclist detection as an evaluation criteria in 2018, and program officials say that within a year over 80% of new automobiles were equipped to avoid striking bike riders. Fatalities among European pedestrians and cyclists have been falling for years.

In the U.S., however, NCAP provides no comparable incentive for automakers to protect vulnerable street users. Cyclist detection is exceedingly rare on American models, and pedestrian detection systems remain unavailable even as add-ons for models like the Dodge Charger or GMC Yukon.

Under President Obama, NHTSA attempted to modernize NCAP, proposing revisions in December 2015 that included evaluation of a vehicle’s risk to pedestrians (though not to cyclists). But those changes were not finalized before President Trump took office, and his administration has not moved them forward. “We’re scratching our heads,” says Chase. “This should have been an easy lift.”

USDOT’s recent Pedestrian Safety Action Plan promised upcoming NCAP adjustments, so it’s possible that Trump’s DOT will squeeze in changes prior to Inauguration Day. Regardless, the Biden administration can reshape the program after taking office, and the process need not take long. NCAP revisions require neither Congressional approval nor the navigation of a byzantine regulatory process; USDOT can simply issue new guidance in the Federal Register. NCAP adjustments can become final in a matter of months.

Once they know how NCAP will change, automakers are likely to quickly update their designs for future vehicles. Possible new features include automatic emergency braking with pedestrian and cyclist detection, as well as the addition of extra space between the hood and engine components to absorb some of the impact during a collision. With the average American automobile 12 years old, it will take years for models to filter through the 270 million-plus vehicles on American roads. That’s all the more reason to get started right way.

Historically, U.S. automakers have often resisted regulations forcing them to incorporate safety technologies — see, for example, the battle over mandatory airbags that raged during Claybrook’s tenure at NHTSA. But today, automakers are aware of the growing disconnect between the U.S. NCAP programs and those abroad, which is already affecting the ability of U.S. brands to sell their vehicles in overseas markets. They could be less likely push back against revising NCAP to incorporate pedestrian and cyclist safety. John Bozzella, the head of the auto industry’s Alliance for Automotive Innovation, did not respond directly when asked whether he supports revising NCAP, but he did cite the program’s potential to offer “enhanced protection” to pedestrians as well as vehicle occupants.

For now, at least, pedestrians abroad receive such protection through NCAP programs while U.S. residents do not. The U.S. introduction of vehicles like the Tesla Cybertruck (whose pedestrian-unfriendly design features could render it unsellable in European markets) and the massive 2021 Cadillac Escalade could make city streets even more hazardous in the future.

The U.S. used to be a global leader in automobile safety, but a failure to keep innovating has left it a laggard. As in so many areas of federal policy right now, change can’t come soon enough.

David Zipper is a Visiting Fellow at the Harvard Kennedy School’s Taubman Center for State and Local Government, where he examines the interplay between urban policy and new mobility technologies.