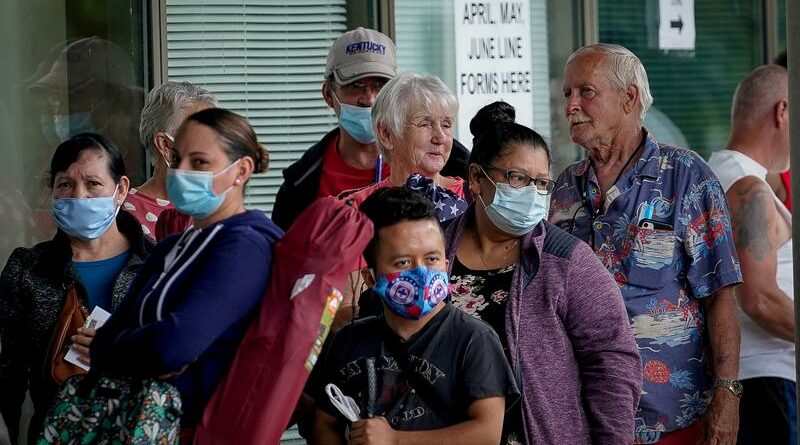 Private payrolls decreased by 123,000 jobs last month, the ADP National Employment Report showed on Wednesday. That was the first decline in private payrolls since April. Data for November was revised slightly lower to show 304,000 jobs added instead of the initially reported 307,000. Economists polled by Reuters had forecast private payrolls would rise by 88,000 in December.

The ADP report is jointly developed with Moody’s Analytics. Though it has a spotty record predicting the government’s private payrolls count because of methodology differences, it is still watched for clues on the labor market’s health.

The report mirrored a recent weakness in consumer spending and persistently high layoffs. It underscored the magnitude of the economic pain wrought by the coronavirus pandemic.

COVID-19 cases in the United States have jumped to more than 20 million, with the death toll exceeding 347,000 since the virus first emerged in China in late 2019, according to the U.S. Centers for Disease Control and Prevention.

In addition to the virus, the labor market has been constrained by government delays to provide another relief package for businesses and the unemployed.

More than $3 trillion in fiscal stimulus helped companies to rehire workers and keep others on payrolls. It also assisted millions of unemployed and underemployed Americans to pay bills and maintain spending, leading to record economic growth in the third quarter. Nearly $900 billion in additional government rescue money was approved in late December.

The ADP report was released ahead of the government’s closely watched, and comprehensive, monthly employment report on Friday. According to a Reuters survey of economists, private nonfarm payrolls likely increased by 100,000 jobs in December after rising by 344,000 in November.

With government payrolls expected to have been unchanged last month, overall nonfarm payrolls are forecast increasing by 100,000 jobs after rising by 245,000 in November. That would the smallest gain since the jobs recovery started in May and mean the economy recouped about 12.5 million of the 22.2 million jobs lost in March and April.

Several economists believe the economy shed jobs in December, though those dire predictions have been countered by a survey on Tuesday showing employment at factories rebounding in December. Other economists said this argued for job growth last month, though at a significantly slower pace than November.

Economic growth estimates for the fourth quarter are around a 5.0% annualized rate. The economy grew at a historic 33.4% pace in the third quarter after shrinking at a 31.4% rate in the April-June period, the deepest since the government started keeping records in 1947.

Half of new EMEA passive fund launches 'sustainable' in 2020: Citi