Home » Business » The US Navy\u2019s Newest Ships and Submarines 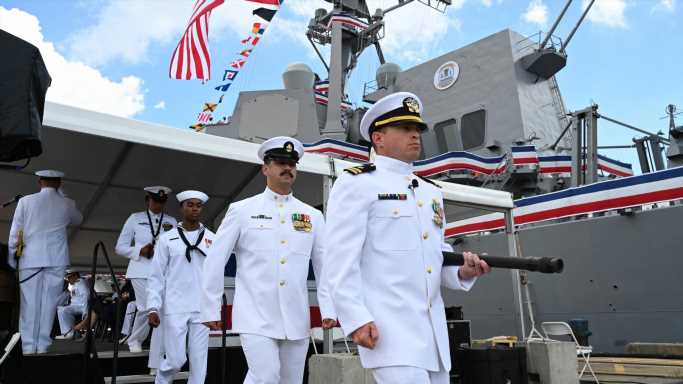 The strongest militaries throughout history have always been bolstered by a strong navy. And throughout the years, as newer technologies have led to advancements in propulsion and weapons systems and ever increasing naval strength, this old idea has only been reinforced.

The British Empire more or less ruled the world in the 18th century as a result of its maritime power. The British Navy was more advanced, with newer ships that could outmaneuver those of Spanish and French rivals. However, this power would eventually wane as the American Revolutionary War and Napoleonic Wars took their toll on the empire, leading to new world powers taking the stage with more advanced naval fleets. (This is the world’s largest navy.)

Although the United States does not currently have the largest navy presence, it ranks as the world’s strongest naval power. The U.S. Navy by itself boasts a fleet of over 240 ships and submarines. The biggest and oldest assets in the fleet are the Nimitz-class aircraft carriers, which were a stabilizing factor throughout the Cold War. The U.S. owns 11 aircraft carriers overall, while countries like Russia and China only have one and three, respectively.

Looking ahead, the Nimitz-class carriers are starting to age out, as most are 30 years and older, and the U.S. is replacing them with the newer Ford-class supercarriers. The newest is the Gerald R. Ford which is just five years old. The Navy is replacing aircraft carriers on a one-for-one basis as they age out. (This is the world’s largest warship.)

To determine America’s newest warships, 24/7 Wall St. reviewed the military data site World Directory of Modern Military Warships’ directory of all active ships in the U.S. and cross-referenced with data from the Naval Vessel Register. We compiled data on all ships and submarines — 33 in total — that have been commissioned in the service of the U.S. Navy for five years or less and ranked them by age.

Currently, the bulk of the U.S. Navy is made up primarily of the destroyer fleet, which accounts for nearly 30% of all naval vessels. The submarine fleet comes in a close second, accounting for roughly another quarter of the total strength of the force. Beyond this, an aging fleet of cruisers followed by Littoral Combat Ships and amphibious assault support ships accounts for the rest of the naval vessels.

The U.S. is in the midst of replacing, updating, and adding to its navy in a bid to maintain global domination at sea.

Here’s a look at the newest ships and submarines in the U.S. Navy.

These people left their jobs behind to retire early — then life got in the way. Here’s how they coped with FIRE plans gone wrong