Home » Business » This Florida couple sold their house to fund a 'boozy bouquet' start-up — now they have a $75,000 'Shark Tank' deal

Kelly Moynihan held up a bouquet of flowers.

"What if I told you I had a margarita in my hand," she said. "Would you believe me?"

Believe her. In 2019, Moynihan partnered with her husband Ryan to launch Delray Beach, Florida-based Flasky Flowers, a start-up that makes flower bouquets with built-in flasks. Moynihan, a hairstylist by training, came up with the idea working at weddings: She watched bridal parties scrambling to hold their flowers and find somewhere to stash their drinks.

"I came home and I said to Ryan, 'I've got something. We gotta do this,'" Moynihan said on Friday's episode of ABC's "Shark Tank."

The couple invested $60,000 of their own money, and sold their house for additional seed money. Ryan Moynihan quit his job to take care of their seven kids. And Kelly Moynihan got to work on a prototype involving a baby's feeding bottle and a plastic martini glass with a straw.

Two years later, on Friday's "Shark Tank" episode, the couple's latest design landed a $75,000 investment from Sharks Lori Greiner, Mark Cuban and Kevin O'Leary, in exchange for a 30% stake of the company.

"I couldn't ask for anything more than that," Kelly Moynihan said.

The Sharks expressed interest in the company's sizable profit margins — each bouquet is listed online for $25, but only takes $1.77 to make, the couple said — and the Moynihans' story of overcoming adversity.

After making it through 2019, the couple planned to ramp up operations. Then, the Covid-19 pandemic wiped out their prospective market. The wedding industry's revenues declined by 34% decline last year, according to market research firm IBIS World.

At the time of the taping, Flasky Flowers had only brought in $25,000 in sales since launching. The company had 1,500 units waiting idly in inventory.

"We're in a place right now, with the seven kids, where we're just skating by," Kelly Moynihan told the Sharks. "[But] I know if I keep moving forward with this, there's a finish line — and I'm going to get it."

Wedding industry professionals are hoping for a massive recovery from the pandemic's lows. Timothy Chi, CEO of wedding-planning website company The Knot, told CNBC's "Squawk on the Street" in July that he already sees couples preparing to "go all out."

The Moynihans just need to survive until then. "In today's world, you can't just go the extra mile," Greiner told them. "You have to go the extra marathon, so that's what you did."

They lost a side-hustle during Covid—now they have $2.5 million annual sales and a 'Shark Tank' deal 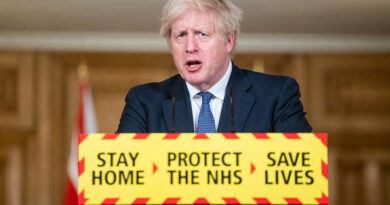 Trump warns Xi: Boycott the G20 and we’ll ramp up tariffs even more