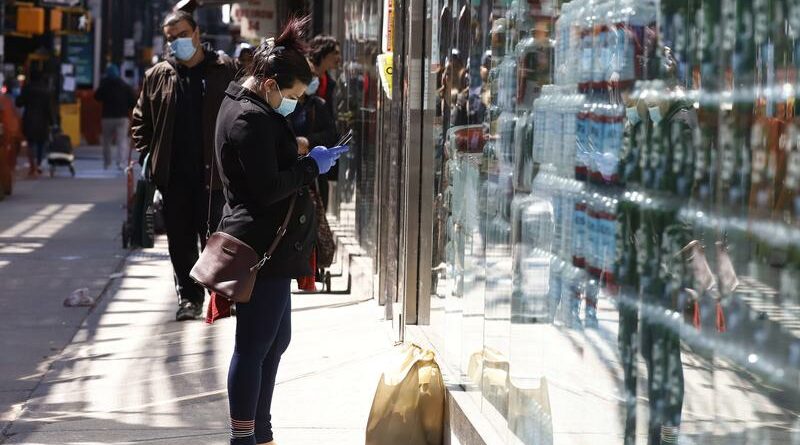 WASHINGTON (Reuters) – U.S. consumer spending increased solidly in September, but was partly flattered by higher prices as inflation remained hot amid shortages of motor vehicles and other goods in the face of global supply constraints.

The Commerce Department said on Friday that consumer spending, which accounts for more than two-thirds of U.S. economic activity, rose 0.6% last month. Data for August was revised higher to show spending rebounding 1.0% instead of 0.8% as previously reported.

Outside the shutdown in spring 2020, which severely depressed output, the third quarter was the worst period for motor vehicle production since early 2009 because of a global shortage of semiconductors. Auto inventories have been run down and some shelves are bare, curbing spending and boosting prices.

The personal consumption expenditures (PCE) price index, excluding the volatile food and energy components, climbed 0.2% after gaining 0.3% in August. In the 12 months through September, the so-called core PCE price index increased 3.6% after a similar gain in August.

The core PCE price index is the Federal Reserve’s preferred inflation measure for its flexible 2% target. The Fed is expected to announce at next week’s policy meeting that it will start reducing the amount of money it is pumping into the economy through monthly bond purchases.

The consumer spending and inflation data was included in the advance gross domestic product report for the third quarter published on Thursday. Growth in consumer spending braked to a 1.6% annualized rate after double-digit gains in the previous two quarters, with outlays on long-lasting manufactured goods like motor vehicles collapsing at a 26.2% pace.

That restricted economic growth to a 2.0% rate, the slowest since the second quarter of 2020, when the economy suffered a historic contraction in the wake of stringent mandatory measures to contain the first wave of COVID-19 infections.

Pandemic is heightening stress over the $1.9 million retirement number. How you can save more

Fed hoped to skirt a second virus wave. Small businesses may sink in it