Home » U.S. E-commerce on Brink of a New Social Future

The future of shopping in the U.S. is likely to be a much more compounded and seamless experience between scrolling social media and buying products.

Online shopping habits in China, where e-commerce is already being successfully marketed to a young demographic as a built-in component of online entertainment, are predictors of the kind of consumer behaviors that U.S. retailers will start trying to cultivate here in the near future, retail insiders said at a joint presentation on Wednesday by Alibaba and research firm Insider Intelligence.

So far, U.S. shoppers seem to be still relatively new to the idea of video-based e-commerce or so-called “livestream” commerce, where brands and influencers host video demonstrations to sell products to viewers.

In a recent U.S. survey by Insider Intelligence, just about 13 percent of participants said they had taken part in livestream shopping, and the survey respondents showed only middling signs of interest in the concept, said Zia Daniell Wigder, senior vice president of content at Insider Intelligence.

But the expectation is that U.S. retailers will take steps to overcome consumers’ wariness or lack of familiarity with the marketing practice, she said.

“[In the U.S.], we’ve got all the retailers, brands and e-commerce sites, and then we’ve got the social platforms,” she said at the presentation. “And there’s some overlap between those two, but they’re still two distinct entities. And this is a combination of those two. This is a truly social shopping type of initiative.”

In China, brands devise these “livestreaming” events by enlisting store associates to host promotion videos or by tapping influencers to peddle their products, according to Alibaba.

For U.S. retailers, the challenge will be to shift how their target audiences engage with their brands while scrolling social media, she said.

“That’s going to be one of the hurdles — it’s going to be getting people on Facebook or Instagram or TikTok to actually buy while they’re on there, and maybe aren’t in that same buying mind-set,” she said. “It’s early days, so we have a long runway ahead of us.”

The prevalence and structure of “livestreaming” events directed at U.S. consumers so far are also discrete events rather than the kind of ubiquitous feature of online entertainment content that it has become for consumers in China, said Liyan Chen, deputy head of external affairs at Alibaba group.

“I think increasingly, this livestreaming lifestyle will take off in other parts of the world outside of China,” she said.

Coronavirus: Barclays sets aside £2bn to cover loans going bad as it counts cost of crisis 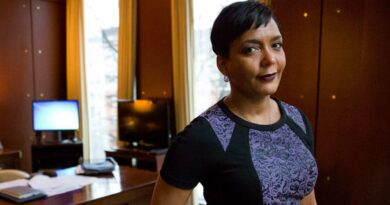