Sign up here for our daily coronavirus newsletter on what you need to know, andsubscribe to our Covid-19 podcast for the latest news and analysis.

Efforts to speedily develop and distribute a coronavirus vaccine in the U.S. won’t be derailed by a change in administration, said the head of Operation Warp Speed, the federal government’s program aimed at accelerating a Covid-19 jab.

“All decisions are made, the train is running. Whether one administration or the other doesn’t, frankly, make a difference,” Moncef Slaoui said on NBC’s “Meet the Press.”

The operation “has been isolated from the administration, from the political environment, and the political context,” said Slaoui, a former head ofGlaxoSmithKline’s vaccines operation.

Yet information on the program isn’t been shared with the incoming Biden administration, he said, consistent with President Donald Trump’s failure to acknowledge his election loss.

“I have been informed that I should not be saying anything that’s confidential to anybody, including, you know, anybody that’s not part of the administration, and therefore, I’ll act according to what the legal requirements are.”

Surging Covid-19 infections and renewed lockdowns are causing renewed angst across the country. While an effective vaccine is expected to be widely distributed in 2021, there are still a number of hurdles before it can be widely distributed.Pfizer Inc. andBioNTech SE have requested emergency authorization of their vaccine, but it could take atleast three weeks for a U.S. Food and Drug Administration decision to move forward.

The U.S. reported 1,870 fatalities on Friday, in a week in which thedeath rate rapidly rose, according to data compiled by Johns Hopkins University and Bloomberg News.

The daily average of deaths over the past week is now 1,440, compared with 1,177 the week before. That’s the highest level since last spring, when the outbreak in New York and the northeast pushed fatalities to a daily peak of more than 2,600 in late April.

As the virus rages on, hospitals arefilling up across the country. Even in the best case scenario of a timely vaccine approval, state governments will struggle to get therampaging virus under control. And they must do so amid a chaotic transfer of presidential power and a lack of clear policy guidance. Making matters more challenging is the lack of confidence many Americans have in the safety of a vaccine.

Only about half of adults say they would get a Covid-19 vaccine if one were available, according to a September survey from the Pew Research Center.

The U.S. Centers for Disease Control and Advisory Committee on Immunization Practices will issue recommendations on which segments of the population should receive the vaccine first, Slaoui said on NBC.

With 24 hours of an approval of a vaccine, the jabs “will be moving and located in the areas where each state will have told us where they want the vaccine doses,” he said. 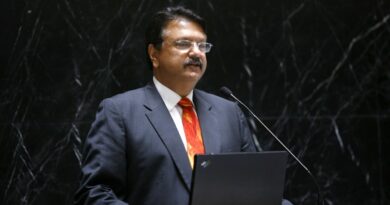 How Piramal managed to outbid Oaktree, Adani for DHFL