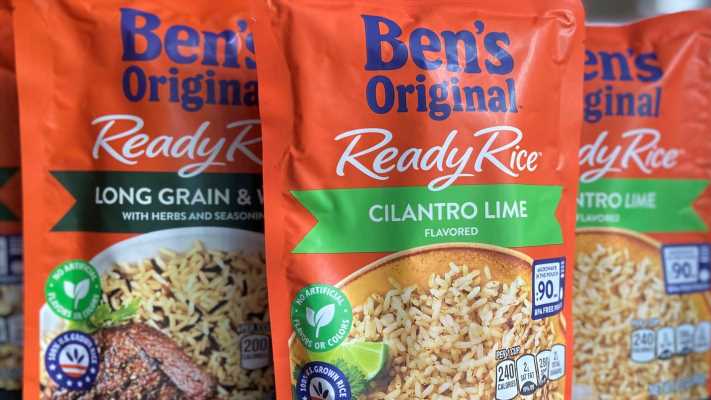 An iconic rice brand is hitting shelves with a new name and revamped packaging.

The first Ben’s Original products are now available at retailers throughout the country in the place of Uncle Ben’s rice, parent company Mars Food announced Wednesday.

The official debut of Ben’s Original comes almost a year after Mars announced in June 2020 that it planned to overhaul imaging in the wake of calls for racial equity following the death of George Floyd. The new name was unveiled in September.

Ben’s was the second in a series of rebranding announcements and came hours after Quaker Oats said it would retire the Aunt Jemima name and image from syrup and pancake mixes’ packaging because it’s “based on a racial stereotype.” That same day, Mrs. Butterworth’s and Cream of Wheat also said change was coming.

Save better, spend better:  Money tips and advice delivered right to your inbox. Sign up here

After decades of criticism for how the products have perpetuated racial stereotypes, experts, historians and some consumers consider the moves long overdue. Companies have faced increasing pressure to boost diversity efforts and combat racism since Floyd’s death.

Since the 1940s, the rice boxes have featured a white-haired Black man, sometimes with a bow tie, an image that critics have said evokes servitude. Mars has said the face was originally modeled after a Chicago maitre d’ named Frank Brown.

The new packaging no longer has a face but still features an orange background with a similar blue font. Some Uncle Ben’s products will remain on store shelves until they sell out, the brand confirmed to USA TODAY.

“Getting to this point on our brand evolution journey has been the result of our continuing commitment to listen to consumers … But it is just another marker on our journey,” Denis Yarotskiy, Mars Food North America regional president, said in a statement. “We recognize we have much more work to do as we bring our new brand purpose to life to offer everyone a seat at the table; we remain committed to delivering this ambition.”

Mars has rolled out other initiatives, including a $2 million investment in culinary scholarships for aspiring Black chefs in partnership with the National Urban League and United Negro College Fund. Learn more about Ben’s Original “Seat at the Table Fund” scholarship and apply through June 30, 2021 at UNCF.org/SeatAtTheTable.

Mars also is investing $2.5 million over the next five years in Greenville, Mississippi – where the brand has been produced for the U.S. for more than 40 years – “to enhance educational opportunities for area students, as well as further access to fresh foods,” the company said.

A new name and logo was revealed months after the company said it would retire Aunt Jemima from packaging on its brand of syrup and pancake mixes.

Products continue to be available under the Aunt Jemima name and several no longer have the character image.

The new Pearl Milling Co. products will make a reference to the old brand, according to the imaging PepsiCo released. They say, “New name, same great taste, Aunt Jemima.”

What’s Juneteenth and Why Was There a Fight About It?