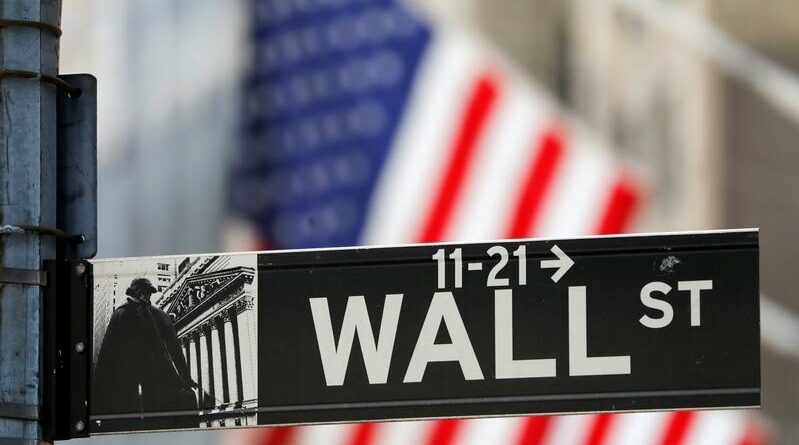 (Reuters) – U.S. stocks were mostly higher on Wednesday in afternoon trading, led by gains in the Nasdaq and shares of big growth names including Amazon.com and Microsoft.

The S&P 500 briefly added to gains following the release of minutes from the September Federal Reserve policy meeting.

The minutes showed U.S. central bankers signaled they could start reducing crisis-era support for the economy in mid-November, though they remained divided over how much of a threat high inflation poses and how soon they may need to raise interest rates.

JPMorgan Chase & Co fell 2.7% and was among the biggest drags on the Dow and S&P 500 even though its third-quarter earnings beat expectations, helped by global dealmaking boom and release of more loan loss reserves.

“The market is in a show-me phase” with earnings, said Jim Awad, senior managing director at Clearstead Advisors LLC in New York.

“My hope is that stronger-looking guidance” will help to support prices, he said.

Bank of America, Citigroup, Wells Fargo and Morgan Stanley will report results on Thursday, while Goldman Sachs will publish earnings on Friday.

Analysts expect corporate America to report strong profit growth in the third quarter at a time when worries about supply chain problems and higher prices are affecting businesses emerging from the pandemic.

Among other stocks, Apple Inc fell 0.8% after a report said the iPhone marker was planning to cut production of its iPhone 13.

Advancing issues outnumbered declining ones on the NYSE by a 1.50-to-1 ratio; on Nasdaq, a 1.17-to-1 ratio favored advancers.

6 years after a revival, SpiceJet is back where it started

Is United Airlines Stock Finally Ready to Take Off?

Lionsgate CEO Jon Feltheimer Extends Contract Further Into 2023, With Board Option For Re-Up Through 2025