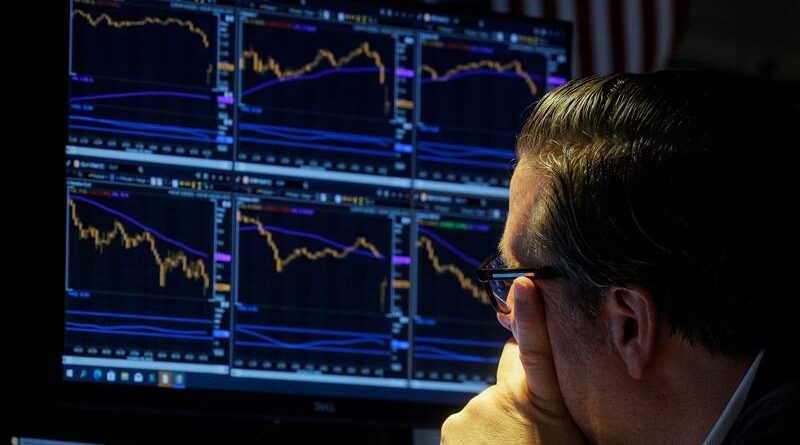 (Reuters) -U.S. stocks were set to open higher on Thursday after a temporary truce in the debt-ceiling standoff in Congress relieved concerns of a possible government debt default, while a dip in oil prices eased worries of higher inflation.

A specialist trader works inside a booth on the floor of the New York Stock Exchange (NYSE) in New York City, U.S., October 6, 2021. REUTERS/Brendan McDermid

Top U.S. Senate Republican Mitch McConnell on Wednesday floated a plan to support an extension of the federal debt ceiling into December, potentially heading off a historic default. Congressional Democrats and Republicans were expected to continue negotiating on Thursday.

“I didn’t think there is actually going to be a default, it is a low probability, high severity possibility. And since that’s been removed from the market, I’m not surprised to see this bounce in futures,” said Greg Swenson, founding partner of Brigg Macadam.

High-growth stocks were back in action – Apple Inc, Amazon.com Inc, Microsoft Corp and Alphabet Inc rose between 1.0% and 1.2% amid a dip in the benchmark U.S. 10-year Treasury yield on Thursday.

“I’m not worried about the markets in the near term and buying dips is advisable,” Swenson said.

This comes ahead of the more comprehensive non-farm payrolls data due on Friday. It is expected to cement the case for the Fed’s slowing of asset purchases.

Levi Strauss & Co jumped 4.7% after the jeans maker beat third-quarter revenue and profit estimates, boosted by an uptick in demand for jeans as people refreshed their wardrobes.

Snap Inc gained 2.1% after launching an in-app tool to educate users about the dangers of drugs.

Conagra Brands Inc rose 1.7% as it beat quarterly revenue expectations after raising prices for its frozen meals and snacks.

Where did all the bulls go? Rallies stall as EU summit begins