Home » Business » What Biden pledged to do about the climate crisis 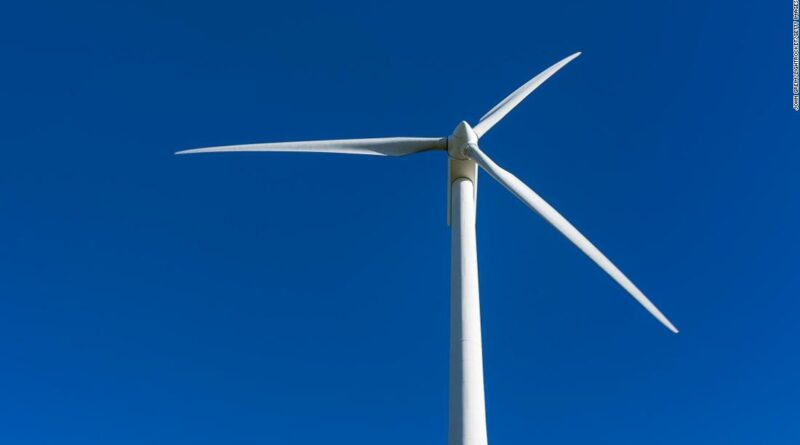 As part of the new initiative which spans multiple government agencies, the Departments of the Interior, Energy and Commerce committed to a shared goal of generating 30 gigawatts of offshore wind in the US by 2030. This target will lead to employing more than 44,000 workers in offshore wind by 2030 and nearly 33,000 additional jobs in communities supported by offshore wind activity, according to a government fact sheet.

Monday’s offshore wind announcement comes at a time of intense debate over the future of clean energy and jobs in the United States and as the Biden administration turns its focus to infrastructure and addressing the climate crisis — two significant campaign promises — now that the President’s coronavirus stimulus package has passed.

This initiative also comes less than a week after the Biden administration announced its goal of reducing solar electricity costs by 60% over the next decade. The Energy Department’s goal will be supported by a nearly $128 million investment to “lower costs, improve performance, and speed the deployment of solar energy technologies.” Altogether, Biden’s energy and climate vision aims to have the country powered entirely by a clean grid by 2035.

The Interior Department’s Bureau of Ocean Energy Management (BOEM) will soon publish a proposed sale notice, followed by public comments and an expected lease sale in late 2021 or early 2022, according to the announcement.
BOEM is also taking steps to advance a New Jersey offshore wind project, which would become America’s third commercial scale offshore wind project if approved.
“President Biden has declared very clearly that when he thinks of climate, he thinks of people and jobs—good-paying, union jobs,” McCarthy said in a statement. “That’s because President Biden believes we have an enormous opportunity in front of us to not only address the threats of climate change, but use it as a chance to create millions of good-paying, union jobs that will fuel America’s economic recovery, rebuild the middle class, and make sure we bounce back from the crises we face.”
“Nowhere is the scale of that opportunity clearer than for offshore wind. This commitment to a new, untapped industry will create pathways to the middle class for people from all backgrounds and communities,” McCarthy added.
Other initiatives include $230 million from the Department of Transportation for the development of port infrastructure projects to assist with offshore wind generation; $3 billion in debt capital from the Department of Energy’s loan programs office for the offshore wind industry; and a new partnership between the Department of Commerce’s National Oceanic and Atmospheric Administration and an offshore wind developer for data-sharing efforts. Additional funding will go towards supporting research efforts and studying the effects of offshore renewable energy, the administration announced.
President Joe Biden has also emphasized the role offshore wind can play in addressing the climate crisis. Within his first week in office, the President signed an executive order instructing the interior secretary to review permits on public lands and offshore waters as well as identify steps to double offshore wind by 2030 “while ensuring robust protection for our lands, waters, and biodiversity and creating good jobs.”
During her remarks at the administration officials’ roundtable Monday, Interior Secretary Haaland underscored the urgency of transitioning to renewably energy sources amid the “interlocking challenges of a global pandemic, economic downturn, racial injustice, and the climate crisis.”

“We have to transition to a brighter future for everyone,” she said.
This story has been updated with additional information.
Source: Read Full Article