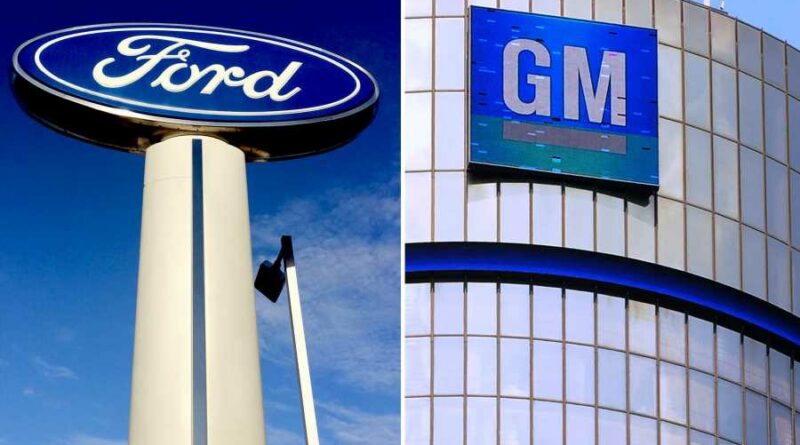 DETROIT – General Motors and Ford Motor are expected to report relatively solid third-quarter earnings Wednesday despite an ongoing global disruption of supply chains, including a shortage of semiconductor chips that have depleted vehicle inventories but boosted profits this year.

The Detroit automakers have managed as well as they can during the disruptions, allowing them to raise their earnings expectations for the year on record vehicle pricing and profits amid surprisingly resilient consumer demand. That's trend is expected to continue, as the automotive industry rebuilds inventory as more production comes back online in the coming weeks and quarters, according to analysts.

"Not only should both benefit from favorable fundamentals amid an up cycle environment, but both have a significant opportunity ahead to improve perception on their long-term positioning in an EV/AV world," Credit Suisse analyst Dan Levy said in an investor note last week.

JPMorgan analyst Ryan Brinkman last week raised estimates to forecast a large beat in the case of GM and by increasing Ford estimates to more modestly above consensus from in line. However, he noted that Ford's performance was expected to increase during the quarter, while GM's was expected to have declined.

Here's what Wall Street analysts expect from each automaker's third-quarter earnings as well as other things investors should know about before GM reports ahead of the market opening Wednesday, followed by Ford after the markets close.

Analyst estimates compiled by Refinitiv forecast GM to report earnings per share of 96 cents and revenue of $26.5 billion, down 25.3% compared to a year earlier.

Ford is expected to have earnings per share of 27 cents on automotive revenue of $32.5 billion, down 6.2%, according to Refinitiv.

GM and Ford executives have said they expect the second half of the year to be weaker than the first six months of 2021.

GM previously warned investors that its North American wholesale volumes would be down by about 200,000 units in the second half of 2021 compared with the first half. It has continued to maintain its financial guidance for the year, including adjusted earnings of between $11.5 billion and $13.5 billion, or $5.40 to $6.40 a share. It earned about $6.2 billion, or $4.21 a share, during the first six months of the year.

GM said it expects to take a hit of between $3.5 billion to $4.5 billion during the second half of the year, due to a $1.5 billion to $2 billion rise in commodity costs and lower earnings from its financial arm.

In July, Ford raised its guidance for the year, but it told investors the second half of the year would be weaker than the first regarding its operating profit, which was at $5.9 billion through June. At that time, the company raised its guidance for full-year adjusted earnings before taxes by about $3.5 billion, to between $9 billion and $10 billion.

Deutsche Bank analyst Emmanuel Rosner expects both automakers to guide to the high-end of their previous ranges, if not higher.

"We expect both Ford and GM to beat 3Q consensus estimates and maintain/raise full-year guidance. Beyond that, we see several potential catalysts on the horizon for both companies," he said in a note Monday, citing electric and autonomous vehicle developments.

While the automakers are pouring billions of dollars into electric and autonomous vehicles, the segment won't contribute much to their third-quarter earnings.

Both automakers during the last quarter released significant new details about their plans for the emerging sectors, including an $11 billion investment from Ford in U.S. facilities to produce electric vehicles and batteries.

GM outlined financial targets such as doubling revenue and increasing profit margins to between 12% and 14% by 2030 during an investor day earlier this month. Its majority-owned subsidiary Cruise also said it expects to begin charging for a robotaxi service as early as next year in San Francisco, pending final regulatory approval.

During the quarter, GM also said it would recognize an estimated recovery in the third-quarter that will offset $1.9 billion of $2.0 billion in charges associated with an ongoing recall of its Chevrolet Bolt EVs as part of a settlement with LG, which produced the defective batteries.

Ford's stock is up about 80% this year, so investors will be watching for any additional drag on the automaker heading into next year.

They'll also want to know any updates regarding production and shipments of Ford's F-Series pickups, which the automaker, like GM, has been partially building to finish when chips become available.

Steve Carlisle, GM's North American chief executive, said last week the automaker is more than halfway through shipping newly assembled pickups that it had parked due to a shortage of semiconductor chips, according to Reuters.

When reporting a year-over-year sales decline of 32.8% for the third-quarter earlier this month, GM said the semiconductor chip situation was improving. Nov. 1 is expected to mark the first time since February that none of GM's North American assembly plants will be idled due to the chip shortage. However, two remain down for retooling and some are operating on less shifts. 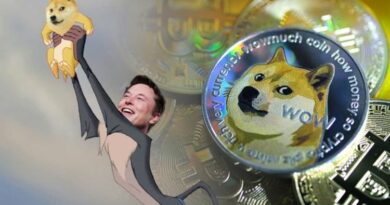