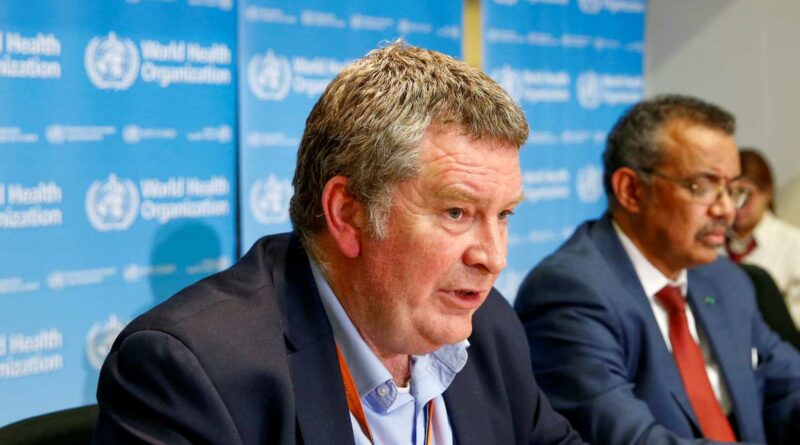 The world could have control over Covid-19 by next year "if we're really lucky," World Health Organization officials said Monday.

Even as the delta variant rapidly spreads across the globe, WHO officials are still optimistic world leaders could get the pandemic under control next year.

"I'd love to say it will end this year but I really don't think so," Dr. Mike Ryan, executive director of WHO's health emergencies program. "If we're really lucky, we'll have it under control next year."

The pandemic could end sooner if countries ensure the vaccines are distributed equitably to poorer nations, practice social distancing and adequately fund hospitals, according to Ryan, who was answering a question from the son of one of his colleagues, Covid technical lead Maria Van Kerkhove.

Countries with high vaccination rates could see the pandemic end sooner for them, he said, criticizing world leaders for not sharing their vaccine stockpiles as much as they could with poorer nations.

"Kids should be asking their governments … so why aren't we sharing," he said in answering Cole Van Kerkhove's question. "That for me is the big problem we have right now, we're not sharing enough, we're not being fair and we know we learned that one in school."

Many parts of the world are still seeing increases in cases, Van Kerkhove said. "In the last seven days, at the global level, there has been an 11.5% in cases and there was a 1% increase in deaths."

In the last week, many regions of the world saw increases in cases. Europe saw an almost 21% increase, Southeast Asia saw a 16.5% increase, the Western Pacific region saw a roughly 30% increase and the Eastern Mediterranean region logged a 15% increase in cases.

Covid deaths have also increased in four out of six WHO regions in the last seven days. The Western Pacific saw a 10% increase in deaths, Southeast Asia saw a 12% increase, the Eastern Mediterranean saw a 4% increase, and the African region is still suffering from a recent spike in transmission.

New variants that could cause a spike in breakthrough cases are still a possibility. "The delta variant will not be the last variant of concern you hear us talking about," Van Kerkhove said.

The longer that people around the world remain unvaccinated and social mixing continues, the higher the risk of a more dangerous variant to emerge. WHO officials said that international travel should only take place if it is absolutely necessary.

"Everything you do in a pandemic either increases or decreases risk, there's no zero risk, it's about minimalizing the risk," Ryan said.