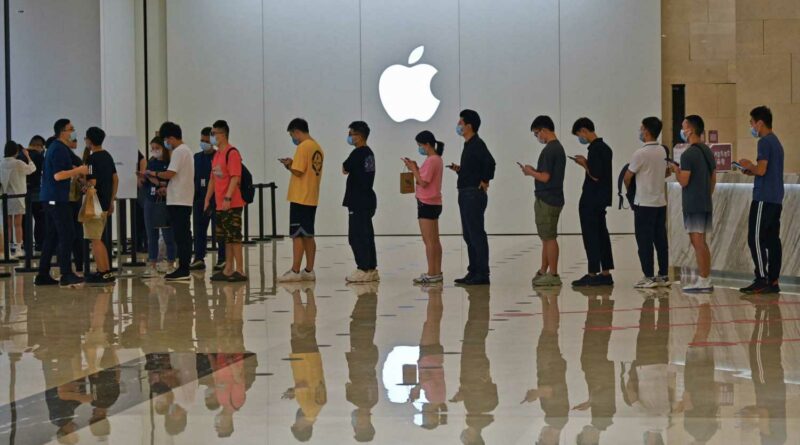 With worries about the omicron variant of the Covid virus rocking Wall Street, are Apple shares emerging as the new long bond?

So it seems. With the S&P 500 down close to 5% from its all-time record and the majority of the pain since the renewed Covid fears started the market panic on Friday, Nov. 26 — and the tech-heavy Nasdaq Composite down 6%, including roughly 2% on last Friday alone — the maker of the iPhone and the most valuable U.S. company has reigned above the chaos. It rose 3.5% last week, rising even on some days when most of the rest of tech was getting hammered, including other mega-cap names like Netflix and Amazon that thrived during the original onset of the Covid pandemic last year. For the last month, Apple's return of 5.6% easily bests the 1.17% posted by BlackRock's flagship U.S. Government Bond ETF.

But is that smart?

The bear case on Apple, for now, is pretty easy to decipher. It wasn't exempt from the market's big drop in 2020, fell again during the Delta variant last year. And for what it's worth, at the beginning of the iPhone era, Apple shares lost more than half of their value after the Sept. 2008 crash of Lehman Bros.

A true low-risk safe haven like government bonds would rarely have such swings as the economy wobbles. Bond ETFs have had a decent run, with the iShares fund rising the last two years, but falling 1.34% this year so far, as investors assume the price of existing bonds sold at low interest rates will fall as rates rise in a growing economy.

And Apple has had its own wobbles based on its specific business outlook, especially when there are signs of weakening demand from Asia, as happened in 2015. Back then, Apple shares lost a quarter of their value from peak to trough, but made it back early 2017 and more than quadrupled from there, a surge that has brought the company's value to $2.62 trillion as of Friday afternoon.

The company has been hit hard by the supply chain challenges facing tech companies who rely on Asian manufacturers and Asian semiconductors, said Scott Kessler, global technology media and telecom practice lead for consulting firm Third Bridge Group. Apple said on its last earnings call that supply-chain issues held up as much as $6 billion in iPhone sales.

Last week, a report that holiday demand for the iPhone 13 wasn't quite as high as forecast pressured Apple shares.

"My sense is that it will be at least as significant as [it was] in the last quarter," Kessler said.

But these are unusual times, and Apple's a pretty unusual stock.

As always, discussion of Apple's finances begins with its cash reserves. Analysts put them at about $62 billion, down from more than $81 billion a year ago. Apple has a good bit less cash than it once did, depleted by stock buybacks, but still, as Wedbush Securities analyst Dan Ives says, enough to run a small country. Apple also owns another $127.9 billion in liquid securities.

Then there is the company's very consistent cash flow, now running at about $100 billion a year. About a quarter of sales now come from Apple's services business, which is twice as profitable as hardware like iPhones and Macbook personal computers before accounting for corporate overhead and marketing costs, leading to expectations that cash flow will be at least $100 billion a year for the next decade, and probably keep rising, CFRA Research analyst Angelo Zino said.

"The market's confidence is a pretty accurate perception of the products we see in the pipeline," Zino said.  "It's a massive company. It's a mature high-margin business in iPhones and iPads, with products that are second to none. The growth drivers for the next three years are in services, and the Apple Car is out there."

Put those two factors together and more stock buybacks are expected. Indeed, Apple has let the dividend yield on its shares drop to a little more than half of 1% — less than even two-year Treasuries now pay — to make room for more buybacks, Zino said. The logic is simple: That getting a bigger share of Apple's cash flow from a lower share count is a better deal than a dividend closer to the S&P 500 average of 1.3%.

"We were also able to return $24 billion to shareholders during the September quarter," Apple chief financial officer Luca Maestri told analysts in October. "This included $3.6 billion in dividends and equivalents and $20 billion through open market repurchases of 137 million Apple shares."

Apple received its latest bullish call from the market on Monday with a buy rating from KeyBanc, which cited the services business and Apple as the best bet for return on investment among mega-cap tech peers even though its valuation is high relative to history.

Confidence in Apple is also boosted by a good reception for its latest release of the iPhone, iPad and other products, and anticipation that new Apple Watches will sell well. Ives forecasts that Apple will sell 40 million iPhones in the holiday season.

"The valuation isn't egregious," Ives said. "We think Apple will be a $3 trillion market cap company in the first half of 2022."

The risk is a global, or at least a U.S., version of the story Apple faced out of China six years ago. Back then, Asian demand for iPhones dropped amid market concerns that economic growth was slowing in Asia and its near-at-hand trading partners, taking shares down with them. The episode showed Apple remains a consumer-driven company, subject to risk if consumers get ratted enough to curtail spending.

No one yet knows if omicron will repeat that pattern, but Zino argues that each succeeding wave of Covid infection has hurt stocks much less than the initial one in winter and early spring 2000, and that stocks bounced back quickly from even that, thanks to strong underlying confidence in the economy.

That, in turn, drives the assumption behind Apple's star turn as the safe haven of a wary market: The idea that, if it falls, investors will eventually get their money back, while bonds, Apple's competition for safe haven status, see their prices erode as rates for newly-issued paper rises.

"I'd much rather be in large-cap tech than in bonds, given where bond yields are and where they're expected to go," said Zino, who, like Ives, has a buy rating on Apple shares. "Catastrophes in the economy last for a couple of quarters anyway.''

To warrant its valuation, Apple needs to do little more than run its existing business and capture a good share of the 250 million people with iPhones more than three and a half years old, Ives said. The services business is still growing, and the market increasingly believes that an Apple Car — a project that has been off again and on again in terms of exciting the market, while the company has said little about its plans — is likely to go on sale by about 2025, probably in partnership with an existing carmaker, Ives said.

"It's a renaissance of growth in Cupertino," Ives argues. "They've been working on an autonomous car for many years, and they are not going to miss out on a $5 trillion green tidal wave over the next 10 years." 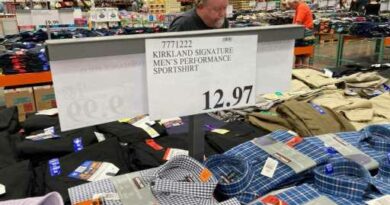 U.S. consumer prices surge in June by the most since 2008