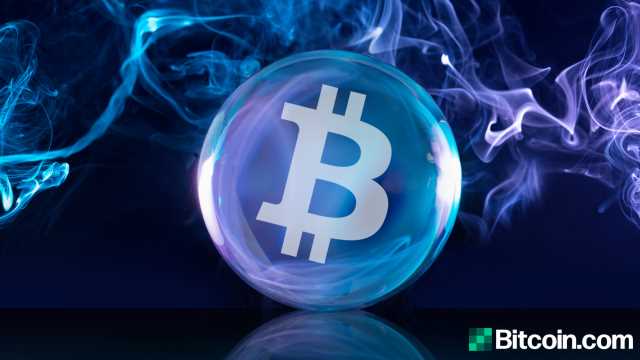 As bitcoin has touched new price highs on Thursday nearing the $50k handle, people have been curious as to where the price will go in the future. Meanwhile, despite the gains so far, a number of luminaries, analysts, executives, and proponents from the crypto space believe the leading crypto asset will reach between $60k to six-digits this year.

Mike Novogratz Predicts $100K Bitcoin: ‘Other CFOs and CEOs Are Saying, What Should We Be Doing?’

With BTC so close to the $50k mark, people have been forecasting new price predictions for 2021. Some individuals think that the bull run is not over, and crypto supporters should expect to see much higher prices from here. Although, skeptics think that the leading crypto asset is completely worthless and the biggest bubble the world has seen in ages.

Mike Novogratz, the founder of Galaxy Digital recently sat down for an interview with Bloomberg after Tesla revealed it had purchased $1.5 billion worth of BTC.

“You got the biggest, the wealthiest man in the world and one of the biggest stories doing it. You’ve got to think other CFOs and CEOs are saying, what should we be doing?” Novogratz said. The bitcoin bull Novogratz expects a lot more companies to follow Tesla’s coattails and thinks that BTC could reach $100k this year.

In an investors note last week, the quantitative trading firm QCP Capital discussed the finance manager Bridgewater Associates and said Ray Dalio’s firm explained “that should 50% of capital in gold move into BTC, that would result in a price of $85,000 per 1 BTC.” At the end of January Dalio told the public that Bridgewater Associates colleagues “are intently focusing on alternative storehold of wealth assets.”

A Myriad of Bitcoin Price Predictions Between Zero to $600K

On February 11, the crypto analyst from the multi-asset investment platform Etoro, Simon Peters, explained in a note to investors that BTC could tap $70k by the year’s end.

“The crypto asset world is bursting into the realms of traditional finance at a staggering pace. Major payments provider Mastercard announced it will support digital assets directly via its own network, signaling yet another major milestone for the industry,” Peters wrote.

Bitcoin and its peers are, quite simply, going to be part of the mainstream financial universe sooner rather than later. I expect demand to surge and see bitcoin prices hitting at least $70,000 by the end of this year.

As BTC neared the $50k handle Luno’s head of Asia Pacific Vijay Ayyar said he believes the price will surpass this psychological price zone. Ayyar stressed that bitcoin is “slowly inching away at gold’s market capitalization.”

But despite Luno’s Vijay Ayyar and others believing that bitcoin will eat away at gold’s market cap, gold bug Peter Schiff surely disagrees.

When someone responded and said that BTC was a competitor to gold, Schiff again disagreed.

Not really, but maybe Wall Street banks think it is. Since they hate gold it may make sense that they love bitcoin. The enemy of your enemy is your friend.

Other skeptics wholeheartedly agree with Schiff’s opinion, as the author of Inside View and Wall Street Journal contributor Andy Kessler thinks that BTC is worthless. In Kessler’s opinionated article dubbed “Behind the Bitcoin Bubble: Manipulative actors have been known to take advantage of the madness of crowds.”

In the article Kessler declares:

Bitcoin is nothing, it’s vapor, a concept of an idea. Transactions using bitcoin are few and far between. It’s not a store of value— anything that drops 30% in a week can’t play that role.

Even though bitcoin (BTC) has its skeptics and critics, there seems to be a lot of individuals and organizations that are far more optimistic. Last week, Guggenheim Partners chief investment officer Scott Minerd increased his estimate toward the leading crypto asset. “We did a lot of fundamental research,” Minerd detailed.

“If you consider the supply of bitcoin relative to the supply of gold in the world and what the total value of gold is, if bitcoin were to go to those kind of numbers we’d be talking about $400,000 to $600,000 per bitcoin. Now, I’m not saying we’ll ultimately get there, but that’s an indication of what might be a fair value,” Guggenheim’s Minerd added.

Nevertheless, no one’s prediction is set in stone and only time will tell what will materialize as far as BTC’s future price.