If you would have invested in Ethereum at the beginning of the year 2021, the value would now be up by around 401% as of today going by the coin’s yearly return on investment. Bitcoin did just 62% of the ROI in the last 12 months. Binance Coin was also among the top gainers at 401%, Cardano +656%, and XRP 281%.

If you were looking at the yearly ROIs for other cryptocurrencies in the list of top ten by market capitalization, you would certainly see Solana – which gained a whopping 11,286 percent so far since January. It is the topmost gainer in ROI among the top ten cryptos in the market cap. In the list of top 15 by market cap, you would certainly see Dogecoin – which Tesla’s Elon Musk has succeeded in pumping so far and has returned a whopping 3,600%. Polygon, at position 14 gained 14,447 percent in the year.

Nevertheless, it was the year Bitcoin stole the show with more than 40% market cap dominance over other coins throughout the year – then the meteoric rise to an all-time high of $68,789 on the 10th of November when every Tom, Dick, and Harry should have known what crypto is. Bitcoin was then doing a repeat rally since the well-known May high of $63,508 even though it is eventually and terribly failing to impress proponents of the Stock-To-Flow model who had hoped for a $100K per coin by December 31 – which will still be the dream to chase come 2022! It was a year of hope for Bitcoiners and shattered dreams alike.

Dogecoin, on its part, almost nearly landed on the moon this year although those hopes are reserved for next year. Never, in its entire 8-year history, did the meme coin receive such a boost and media coverage especially due to support by Elon Musk.

For Ethereum lovers and haters, the train to upgrade into a proof of stake algorithm left the station and is nearly touching the destination. But it was a woeful year for Ethereum users who had to shell a little more in gas, which is finally denting the role of the crypto in DeFi transactions.

On the other hand, Cardano and Polygon have slowly been aligning themselves to assume that role by next year through significant smart contract upgrades for Cardano and partnerships for Polygon. Bitcoin also finally got the Taproot upgrade for its smart contract capability among other features.

In a nutshell, it was a great year for every other crypto user and investor – a year in which the industry expanded to touch the 3 trillion total market capitalization for the first time. Times were most drastic for crypto this year due to regulatory instigated drawdowns, especially with the frustrations of crypto miners in China. Then without failing to mention the Infrastructure bill and other battles fought outside and at the floor of the U.S. House of Representatives and congress – all for the digital currencies we hope someday would achieve mass adoption. Hail to all crypto heros! Besides, Binance and Ripple have had their fair share of regulatory problems this year.

It just might be the year when crypto’s role in upcoming metaverses got stamped inside of Decentraland and other virtual marketplaces that saw NFTs littering the entire industry at $12 billion worth of sales so far. That market was largely driven by celebrities and renowned teams and groups.

Decentralized Finance – an idea that was more of theory two years ago – has also expanded exponentially this year, with the total value of assets under it reaching over $100 billion, mostly held in Ethereum and Polygon. This tells why Bitcoin and Cardano could contribute largely to the expansion of this industry in 2022. 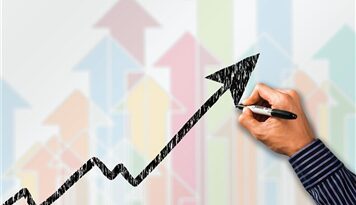 The Highs And Lows Of Bitcoin And What Does It Mean For New Investors?

NEX CEO: 65% of Peers Have Accepted the FX Code of Conduct