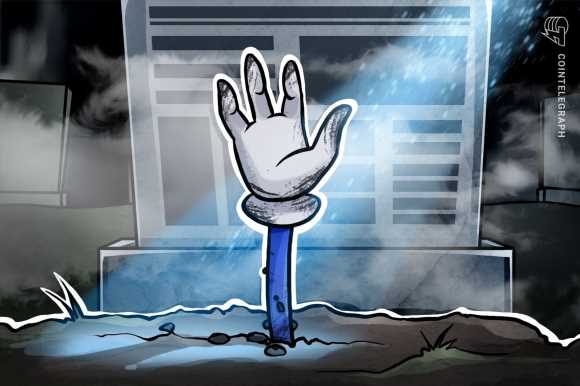 Bitcoin education portal 99Bitcoins is the newly appointed undertaker of the cryptocurrency industry.

It’s taken over the Dead Coins project, which provides a burial ground for more than a thousand dead cryptocurrencies, and breathed new life into the project by ensuring the list is accurate and by removing joke burials for Bitcoin, Tron, Dogecoin and Tether.

Deadcoins.com was started in 2017 to document the demise of the hundreds of altcoins that materialized off the back of the ICO boom that year. 99Bitcoins meanwhile was founded in 2013 to offer a practical and non-technical guide to those new to Bitcoin.

The list of dead cryptocurrencies is a nice companion piece to 99Bitcoin’s highly-referenced ‘Bitcoin Obituaries’ page which records every time the mainstream media claims that Bitcoin has died. At last count, Bitcoin had died 399 times.

The newly cleaned up Dead Coins page is reporting 1559 altcoin fatalities at the time of writing.

In a statement, Ofir Beigel, owner, and founder of 99Bitcoins, said they’ve given the page an overhaul as there were a few issues with the format:

“I think the Dead Coins project is a brilliant idea that needs a bit of polishing. The fact that anyone can add a dead coin themselves made the list of coins very inaccurate. We’ve spent days going through the complete list and sifted out all of the coins that were buried alive, so to speak. For example, Bitcoin, Tron, Dogecoin and Tether are just some of the coins that were listed when we took over the project.”

He added that the community sometimes mistakes a ‘shitcoin’ for a dead coin and clear indicators have been put in place to determine whether a coin is actually deceased or not.

“This way we still use the community’s input, but we make sure it goes through another filter to verify the submission’s accuracy”.

A coin or token project is deemed dead for a number of reasons including inactive development for more than six months, low volume and liquidity (as nobody is trading it), a lack of listings on exchanges, website down or no social media activity, and of course the scams and Ponzi schemes.

In January 2020, Cointelegraph highlighted some of the primary reasons that crypto projects and their tokens end up going south which also included failed funding and joke projects which can still run for some time before finally giving up the ghost.

is Netflix Making a Documentary About Altcoins?

Why This Fund Manager Is Getting Bullish On Bitcoin & Gold