AirAsia is exploring the possibility of organizing an ICO to raise money through their own digital token. To that end, airline CEO Fernandes told TechCrunch:

“We have two things that are very interesting which will have relevance to ICOs, one is our loyalty card where we have [loyalty program] BIG Points, and I think those BigPoints can be easily transferred to the blockchain,”

An innovative businessman, Fernandes is said to have changed the face of the AirAsia airline. He is the driving factor for diversifying the company’s wealth, mainly into fintech. The $3 billion USD company has more than 65 million registered customers and has won the low-cost category of the Skytrax awards nine times in a row. Now, the Malaysian-born businessman has officially set his eyes on the crypto space.

“We have a product that can be a currency in Big Loyalty, [and] we’re building a payment platform so the two can marry quite nicely,” Fernandes said. “We have an ecosystem that enables you to use that currency, there’s no point having a currency that can’t be used.”

Just weeks before, Malaysian government released new regulations for the crypto trading market. According to the new central bank legislation, Malaysian exchanges will have to identify traders on their platforms to mitigate money laundering.

For now, Fernandes cannot reveal how the ICO would take place and how much it wants to raise. According to him, AirAsia is in a negotiation position with the government when it comes to regulations.

Blockchain in the Airline Industry

AirAsia’s plan to enter the blockchain space underlies how several other aviation industry participants have espoused endorsements of blockchain technology in recent weeks.

Will AirAsia’s announcement of a potential ICO reflect on its share price? Let us know your views in the comments section below. 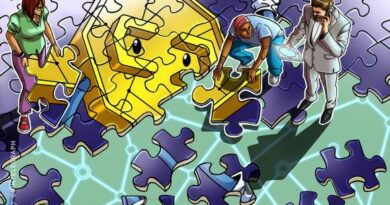