Fresh reports from South Africa suggest another local company, Sygnia, is set to apply to the Johannesburg Stock Exchange (JSE) to list a new cryptocurrency exchange-traded fund (ETF). This application will be the second time Sygnia has attempted to list the crypto ETF. A similar application in 2017 was rejected by JSE on grounds that the bourse was “not ready to approve cryptocurrency listings.”

However, according to a report which quotes the company’s CEO, David Hufton, Sygnia plans to re-apply for an ETF using the same design structure from 2017. In remarks, Hufton said:

A lot of work went into designing the actual structure of the ETF in 2017 which we can reuse. With cryptocurrencies becoming more mainstream, we are hopeful that the JSE will be more receptive to our application this time around.

The CEO also reveals that Sygnia intends to “reapply to the JSE any day now.”

Meanwhile, a recent report quotes the JSE director, Andre Visser, explaining that certain conditions need to be met first before such an application is deemed to have been successful. Further, the JSE reveals it would also need “to engage with other regulators, including the Financial Sector Conduct Authority, the South African Reserve Bank and international regulators.”

With this revelation, Sygnia becomes the latest South African firm to express interest in listing a crypto ETF. As previously reported by Bitcoin.com News, another South African firm, DCX Capital, has similarly announced its plan to list a cryptocurrency ETF on the JSE. 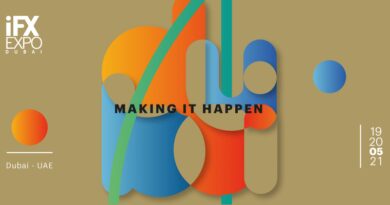 Last Call for Dubai – Updates from the iFX EXPO