Typically, whenever a new technology graces the market, it often enters the world rather misunderstood and is often adopted in its early phases by those with expert knowledge and skills. Much like when the world wide web came into being and the world was trying to wrap its head around the concept of an email, blockchain technology is undergoing a radical shift from being a fringe technology to a widely adopted and extremely useful tool for the world.

As the world wide web evolved, innovators began putting together the tools for anyone, anywhere, to create a website without going through the pains of learning basic HTML and JavaScript coding. Were it not for those seeking to lower entry barriers, the internet could still be a complex and poorly understood space.

ARK, a blockchain industry veteran, has sought out to accomplish such a mission from the very beginning and has finally launched the coveted ARK Deployer. This free blockchain platform allows anyone, anywhere, to launch a blockchain in minutes and begin exploring this new and incredibly exciting technology.

“Developers are crying out for tools to significantly reduce the time and effort needed to utilize blockchain technology,”

He notes that with the ARK Deployer, users can create a scalable and efficient blockchain network that, whilst based on ARK’s code, is fully customizable to meet their specific needs. By breaking down the significant entry barriers that have burdened blockchain innovation, users can now “focus on building their own ideas.” Matthew adds that this all done with peace of mind for the user, adding they that can be reassured knowing that “they will have a solid and secure blockchain foundation as part of the ARK Ecosystem”.

The ARK Deployer comes with an intuitive graphical interface where within three simple steps, a user can create and deploy a completely customizable blockchain. Furthermore, there are three levels of customization available which all allow for certain levels of configurations and parameters from beginner to advanced. That said, regardless of which route a user decides to take, the end product is a fully-functioning blockchain with all the usual perks.

If a user wishes to customize certain parameters such as block times, fee structures, difficulty, etc., then they can do so with the variable slider and input fields. Additionally, the whole ecosystem comes with three configurations for mainnet, testnet, and devnet, as well as an intuitive block explorer and over 12 programming languages and SDKs.

By breaking down high entry-barriers, the ARK Deployer is a watershed moment for the blockchain industry and perhaps many other industries at large. Now, enterprise and individuals can create and innovate in a technological field that is often likened to the dot com boom of the 90s.

The future is looking extremely bright for the blockchain industry with the ARK Deployer now spreading advanced technological capabilities to the laymen.

“Creating our own ecosystem utilizing ARK’s technology as a starting point means that our organization is able to progress quickly and efficiently. We’re able to focus on developing our business-specific applications while ARK’s open source technology is providing us with a free, efficient and scalable blockchain foundation.”

Disclosure: This is a sponsored article

Cryptocurrency blood bath – look back at the past week performances 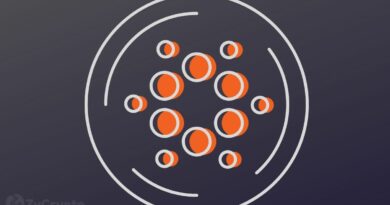